The September inflation rate under Joe Biden and the socialist Democrats exceeded expectations, coming in at 8.2% on Thursday.

This isn’t a cryptocurrency or a pennystock.

Real earnings have declined for 18 consecutive months under Joe Biden. That is TERRIBLE! 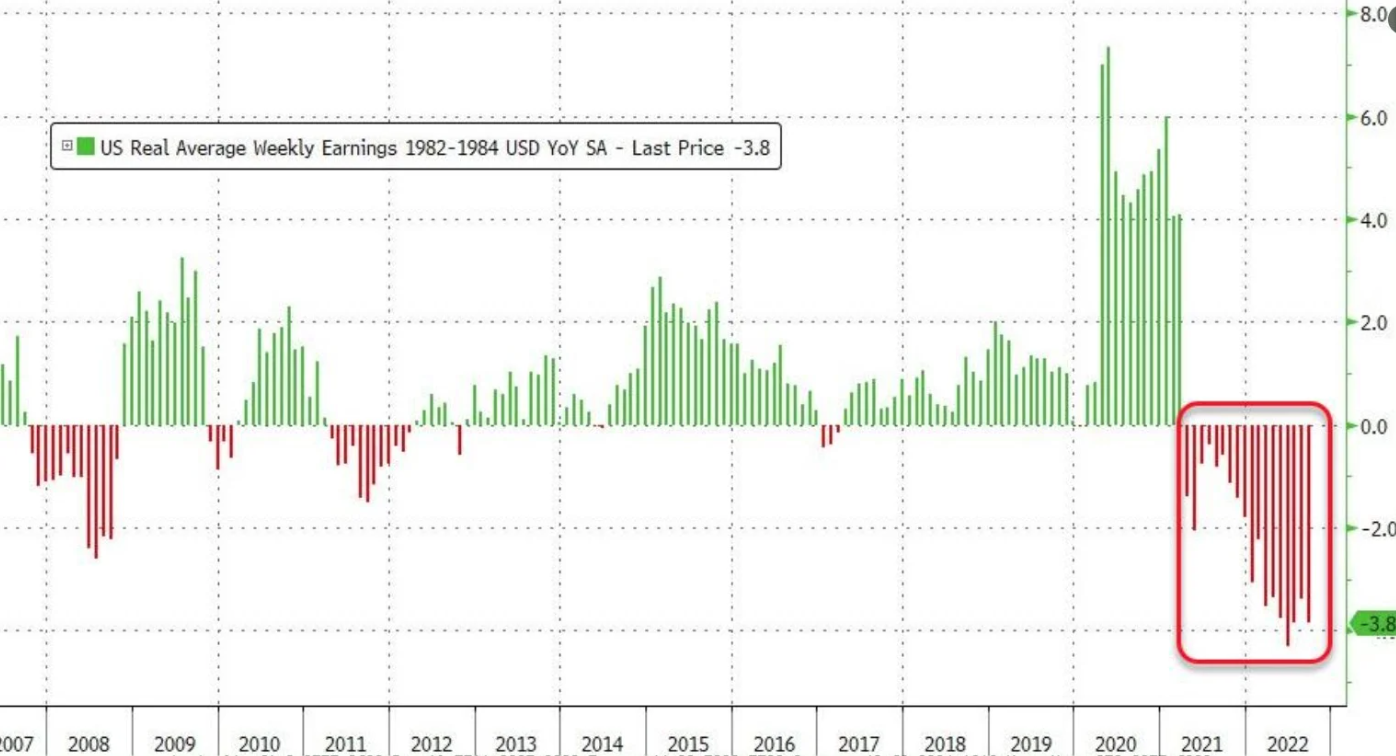 These figures have severe repercussions on the working poor and middle class.

Thursday’s episode of Steve Bannon’s show was mostly devoted to the awful economic news. It was a lengthy tirade against the despots governing the country. Do not forget this in the coming months. Think about what Jerome Powell, Joe Biden, and the Democrats have done to your family’s well-being.

The latest CPI data is way worse than expected.

Core inflation is at its highest point in four decades.

Democrats have no solution other than to spend our money carelessly.

They'll never have to pay this money back.

Here is the transcript of Steve Bannon’s mega-rant in the War Room:

This is signal, not noise. This sets the framework for so much that you want to try to accomplish your life, your ability to have that time spiritually, the things that you want to do, to develop yourself, it’s all within an economic framework. And the harder times are, the harder it is just to get by. And particularly people have saved up so much and being able to now enjoy the benefits of it, it gets to be horrific.

So here’s what it is, what we’re hurtling towards and we’ve talked about this is a credit crisis, not about stocks dropping, it’s not about that’s all coming. But there’s something bigger. There’s a credit crisis and not just credit of corporations. Cortez did an amazing job of talking about investment grade bonds. That’s the best companies in the world. It’s all money good. You buy that and you clip the coupons right. You get the returns right? And they’re never huge because you’re buying a quality credit. What are those now, 20, 30%? You’re getting wiped out in that. The crisis we’re talking about is a sovereign debt crisis. We’re talking about governments, we’re talking about governments that have had this thing called fiscal domination. CONTINUE READING…