The Biden administration announced a new firearms rule this week in response to last year’s tragic school shooting in Michigan that aims to ensure that all gun owners have secure storage devices for their guns.

The new rule, detailed in a Department of Justice press release issued Monday, requires all federally licensed gun retailers to certify that they have secure gun storage devices that are specifically compatible with the firearms they are selling available on-site to customers.

The new rule amends and officially codifies gun storage requirements already mandated under the Gun Control Act of 1999 for new Federal Firearms License applicants. With the new rule, the requirements will be law for “any place where firearms are sold under the license to non-licensed individuals.”

The department also noted that “integral to the new rule is the requirement that FFLs have available secure gun storage options that are compatible with the firearms they are selling.”

The rule has been submitted to the Federal Register for publication and is set to go into effect on Feb. 3. It can be read in its entirety here.

In a statement, Attorney General Merrick Garland said the policy is intended “to reduce the risk of firearms falling into the wrong hands.” He added that it builds on the Justice Department’s efforts to cut down on gun crime.

“Gun safety is a Department of Justice priority, and we will continue to take all appropriate steps to help reduce the number of people killed and injured by the misuse of firearms,” Garland said.

Lars Dalseide, a spokesman for the National Rifle Association, responded to the news by telling the Washington Times that the gun-rights group “has always supported the safe storage of firearms.”

Bearing Arms, a pro-Second Amendment blog, noted that for new guns the change isn’t a big deal since new guns generally come with gun locks that would qualify under the regulation.

“But the problem is that many gun stores sell used guns, which means they have to also have some means of gun storage on-site regardless of what comes with new firearms,” he added. “That means already limited inventory space is going to have to be filled with expensive and often unnecessary gun storage options.”

The Times noted that the rule change came just one month after the arrest of the parents of Ethan Crumbley, the 15-year-old Michigan student who killed four and injured seven others using a firearm he took from his parents’ home.

The parents, James and Jennifer Crumbley, were charged with four counts of involuntary manslaughter on Dec. 3 for failing to prevent the shooting, in part, by failing to secure the 9mm Sig Sauer SP 2022 they had purchased only days before.

In charging documents, Oakland County prosecutor Karen McDonald said the gun had been stored in an unlocked drawer in the parents’ bedroom and claimed that the parents ignored several warning signs indicating that their son would carry out the egregious act. 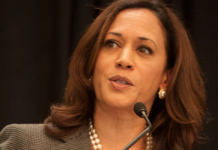