Joe Biden’s staffers aren’t happy. And apparently, they let him know about it by sabotaging an interview this week.

The Daily Mail is reporting that Biden’s junior staffers are “burnt out” and “demoralized,” “with the team lacking any camaraderie and isolated from their colleagues.” Low morale abounds at the Biden White House according to a Politico writer who the staffers spoke with.

Kamala Harris has had the same problem with her staff for months. She lost 4 senior staffers over the last several weeks.

Biden’s staff told the site on Wednesday that they too were unhappy, blaming the lack of team spirit and poor management in the midst of the pandemic.

They were particularly hurt by being excluded, they said, from holiday traditions like the pardon of the Thanksgiving turkey and tours of the White House Christmas decorations.

‘It’s also hypocritical and ironic that a president whose brand is built on empathy and family has staff policies that fly in the face of that brand,’ one staff member told the outlet.

‘It’s not a good look, and it’s emblematic of how this place runs.’

The staffers are particularly miffed about not being invited to holiday parties, like the 4th of July celebration, and the Christmas tree lighting. 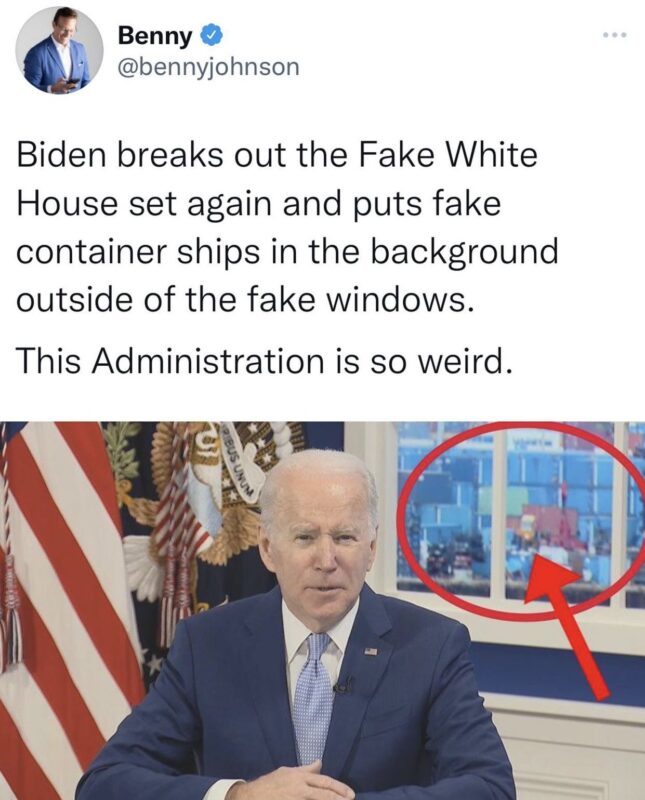 “The much-predicted crisis didn’t occur,” Mr Biden said ahead of a meeting with his Supply Chain Disruptions Task Force and corporate executives.

He went on to say that shop shelves are stocked at 90% of their full capacity and deliveries are happening at a faster rate than before the pandemic: “Packages are moving, gifts are being delivered, shelves are not empty.” 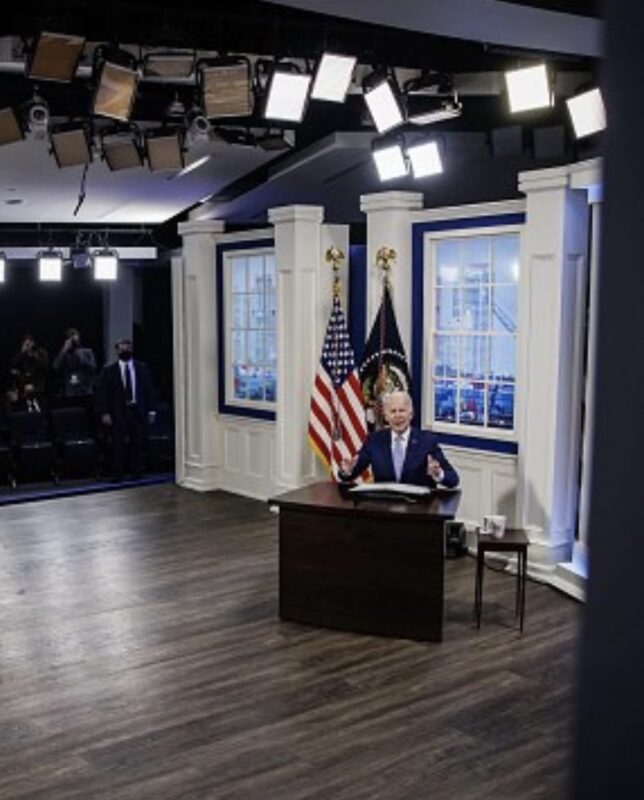 But, someone made Biden look even more incompetent by putting the shipyard scene outside the window – his disgruntled staffers. Do workers angry with their boss sabotage things at the workplace? You betcha. That’s been going on ever since work. Biden’s staffers are so demoralized with the failures of his administration and how they are being treated, they are potentially making him look like a buffoon, on purpose. 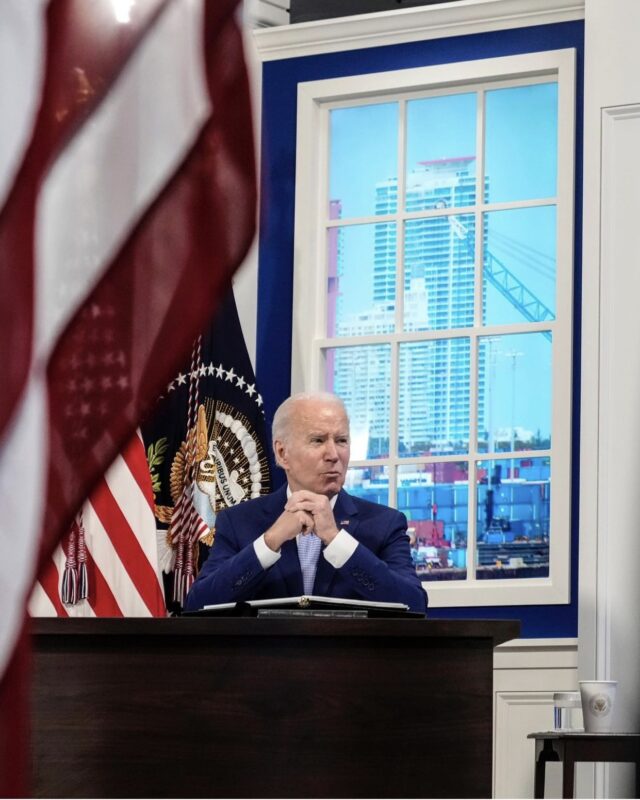 In the first year of the Biden White House, comradery has been fleeting and many teams are suffering from low morale, according to several White House officials.

The result: many White House aides are feeling gloomy this holiday season, so much so that they anonymously fumed to West Wing Playbook in the hope it may alert senior leaders to the problem.

Many are also currently eyeing the exits, creating the potential for higher-than-usual turnover at the beginning of the year, when aides feel they’ve been in the job long enough that it won’t look odd to depart.

Some staffers say it’s the result of an insular, top-heavy White House of longtime Biden aides who are distant from much of the staff — “no new friends in Biden world,” goes the refrain. And others say it’s just poor management.

Regarding not being invited to the Christmas tree lighting party Politico added:

“No one expects business as usual during the pandemic, but it’s beyond demoralizing, it’s insulting — especially when you see DNC and Hill staff and other D.C. types get invited,” explained a White House official who was granted anonymity because they weren’t authorized to talk to us.

What do union members do when they are angry with their employers? They strike or organize work slowdowns. They also sabotage production. That may be what Biden is dealing with now as his administration flails around him.