Home Elections BREAKING: New Poll From Rasmussen Changes Everything As the Race Tightens 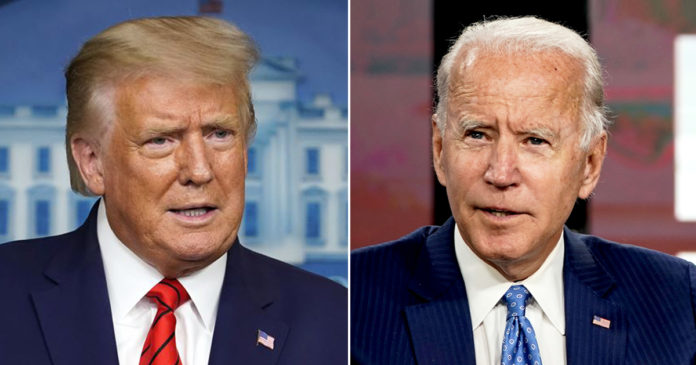 Rasmussen Reports, one of the more accurate polls in the 2016 election cycle, released their latest presidential poll today.

The poll shows that the race is tightening again, with President Trump pulling to within five points of Joe Biden. This is a big improvement over the previous week’s poll, which showed Trump down by 12 points.

In mid-September, the candidates were neck and neck, but following Trump’s announcement that he was nominating federal Judge Amy Coney Barrett to the U.S. Supreme Court, Biden moved from a narrow one-point lead to eight points ahead. Last week following the candidates’ first debate and Trump’s coronavirus diagnosis, the Democrat jumped to a 12-point advantage. Biden has now been at 50% or higher for the past three weeks.

The Rasmussen Reports poll is a likely voter poll which makes it more reliable than many of the other mainstream polls that show Trump way down. Most of those polls are just of registered voters, which are serving their purpose of attempting to depress Trump voters.

This race is by no means over. The enthusiasm for a candidate appears to be on the president’s side. However, the TDS hate vote cannot be underestimated. They may not love Joe, but they despise Trump. Orange man bad.