It does not appear that passwords have been leaked.

A user in a low level hacking forum on Saturday published the phone numbers and personal data of hundreds of millions of Facebook users for free online.

TRENDING: GA Gov. Brian Kemp: ‘We Are Not Backing Down’

Insider reviewed a sample of the leaked data and verified several records by matching known Facebook users’ phone numbers with the IDs listed in the data set. We also verified records by testing email addresses from the data set in Facebook’s password reset feature, which can be used to partially reveal a user’s phone number.

According to Insider, Facebook says that the security vulnerability that allowed hackers to scrape the data was fixed in 2019.

Battered by scandals and pressure from Democrats and the media over political controversies like the Cambridge Analytica incident, Facebook has put a greater emphasis on privacy in its public statements in recent years.

In 2019, CEO Mark Zuckerberg promised to shift the company’s products towards privacy-focused communications.

“I believe the future of communication will increasingly shift to private, encrypted services where people can be confident what they say to each other stays secure and their messages and content won’t stick around forever,” said Zuckerberg at the time. “This is the future I hope we will help bring about.” 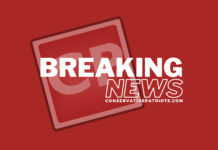