Home World USA BREAKING: ‘Trump Did Not Avoid Taxes, He Prepaid Them’ 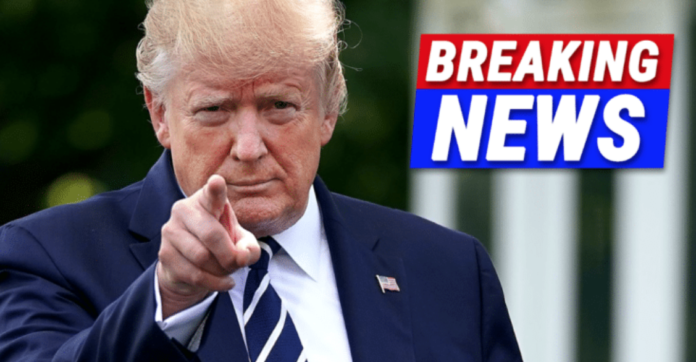 Contrary to the false impression in the New York Times story, Donald Trump did not avoid taxes. He prepaid them.

Then, it turned out that he did not owe that much in taxes, but rather than demand the money back, he let the IRS keep it and apply it to any future tax he owed.

So when he only paid $750 in taxes for the first two years of his presidency, it was because he had already overpaid during the two previous years and just reduced his payment by that amount.

Over the longer term, Trump overpaid his taxes by $72 million. Because some of that overpayment was more than two years earlier, he was not allowed to offset it against current taxes.

But Obama changed the law to allow taxpayers to go further back and he offset his tax liability in future years by citing his overpayment.

So Donald Trump did not avoid paying taxes; he prepaid them.

So what is wrong with that?

Many taxpayers overpay or have more withheld from their paychecks than they end up owing in taxes. They look forward to a deserved refund each year. Some even use the process as a way of saving money.

All that Trump did differently was to leave the money at the IRS and take the refund over several years. A government strapped for cash should reward such conduct, not vilify it.

And since no good deed goes unpunished in politics, he is also being skewered for taking a charitable tax deduction of $119 million for agreeing not to build homes on a 200-acre plot in Westchester, New York, and a similar one in Los Angeles.

In each case, Trump bought the property planning to build a golf course and homes on them. Both times, the local zoning board refused to allow the development.

So Trump donated the right to develop this land to charity and took a deduction of $119 million, called a charitable easement.

So now the beautiful land in each location will be preserved forever wild as a place of refuge for people, birds and animals.

Beyond these points, several facts emerge:

1. Trump never used any illegal means to reduce his tax liability. He always followed the law.

2. He never used his power as president to get the IRS to pull its punches even though he appoints the director who serves at his pleasure.

3. He took advantage of every way to cut his tax burden. Do you know any taxpayer who doesn’t?