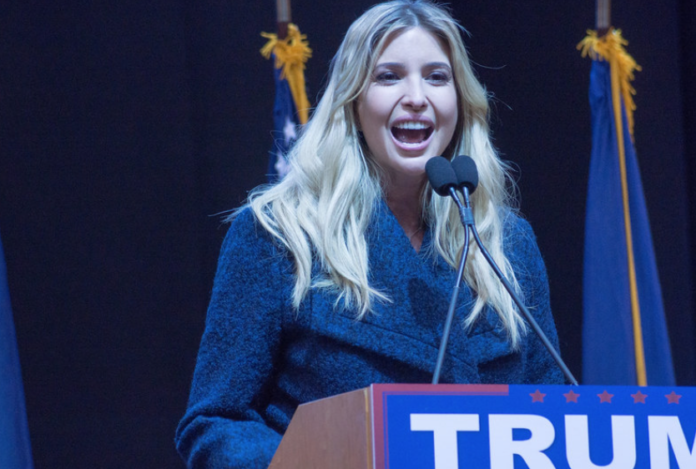 On Wednesday, supposed-comedienne Chelsea Handler taunted Ivanka Trump, calling her a racist for posting a picture of herself holding up a can of Goya black beans.

If you want your beans without a side of racism, try other brands. I am. pic.twitter.com/bnF97knIX6

The irony of Handler, who back in January posted to her Instagram page remarks from the anti-Semitic and racist Nation of Islam leader Louis Farrakhan as she added, ““I learned a lot from watching this powerful video,” calling Ivanka Trump racist is palpable.

The background to Handler’s attack on Ivanka Trump goes like this:

Last Thursday, Goya CEO Bob Unanue, who is Hispanic, spoke at the Rose Garden at the White House, where he praised President Trump, saying, “We’re all truly blessed … to have a leader like President Trump who is a builder. We have an incredible builder, and we pray. We pray for our leadership, our president.” That precipitated an avalanche of criticism from leftist Democrats and activists, prompting Unanue to say unflinchingly on Fox News’ “Fox & Friends” on Friday that he refused to apologize.

“Fox & Friends” host Brian Kilmeade asked Unanue, “Are you getting a boycott? That’s what I’ve heard, because you had the audacity to show up at the president’s invitation and say some positive things about him?”

Unanue replied, “Yes, and it’s suppression of speech. In 2012, eight years ago, I was called by Michelle Obama to Tampa, and they were mentioning to launch a ‘my plate’ thing which we put on, it’s putting the nutritional pyramid into a plate of portion control. They wanted to approach the African American community, the Hispanic community, to eat more nutritionally.”

He added, “So, they called on us as the most recognized Hispanic brand in the United States, and I went. I went to the White House later and I introduced at Hispanic heritage month President Obama. And so you’re allowed talk good or to praise one president, but you’re not allowed, when I was called to be part of this commission to aid in economic and educational prosperity and you make a positive comment, all of a sudden that’s not acceptable.”

When Fox News’ Laura Ingraham later asked if he would apologize, Unanue snapped, “Hell, no. Hell, no.”

Meanwhile, an opinion piece at NBC News ripped Unanue, claiming he was looking for “white acceptance” as it stated, “ … as a long-time supporter of Republican candidates, Unanue has had no problem shunning his grandfather’s Puerto Rican migrant roots by playing up his family’s Spanish and European ones — as though the quest for white acceptance is something noble to achieve in these times.”