The House voted to give the President “broad authority to sanction virtually anyone, anywhere in the world, whether they are connected to Russia or not,” Rep Thomas Massie (KY-R) stated.

Massie said only eight House representatives, all Republican, voted against the bill.

I voted No along with these seven members who also read the bill.@RepBoebert @MattGaetz@RepAndyBiggsAZ@RepMTG@RepDanBishop@ChipRoyTX@RepGrothman

The language is deliberately broad so it can apply to virtually anyone. 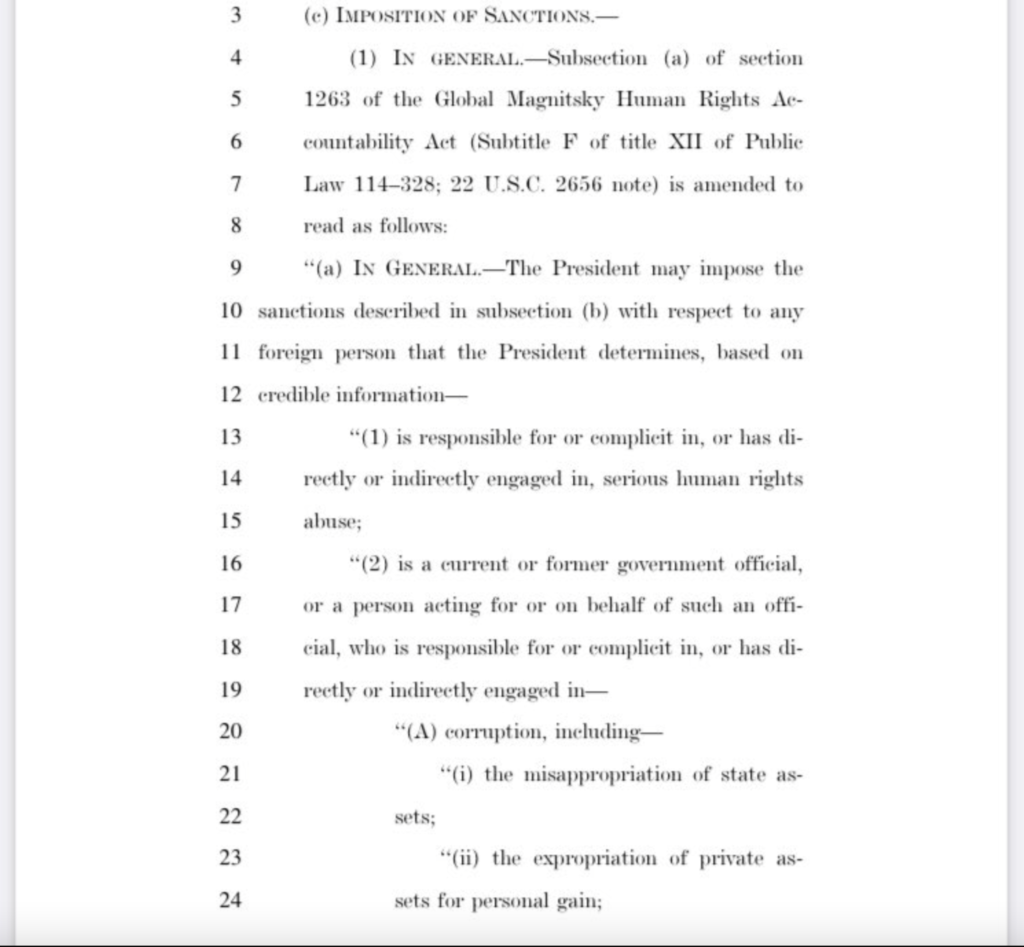 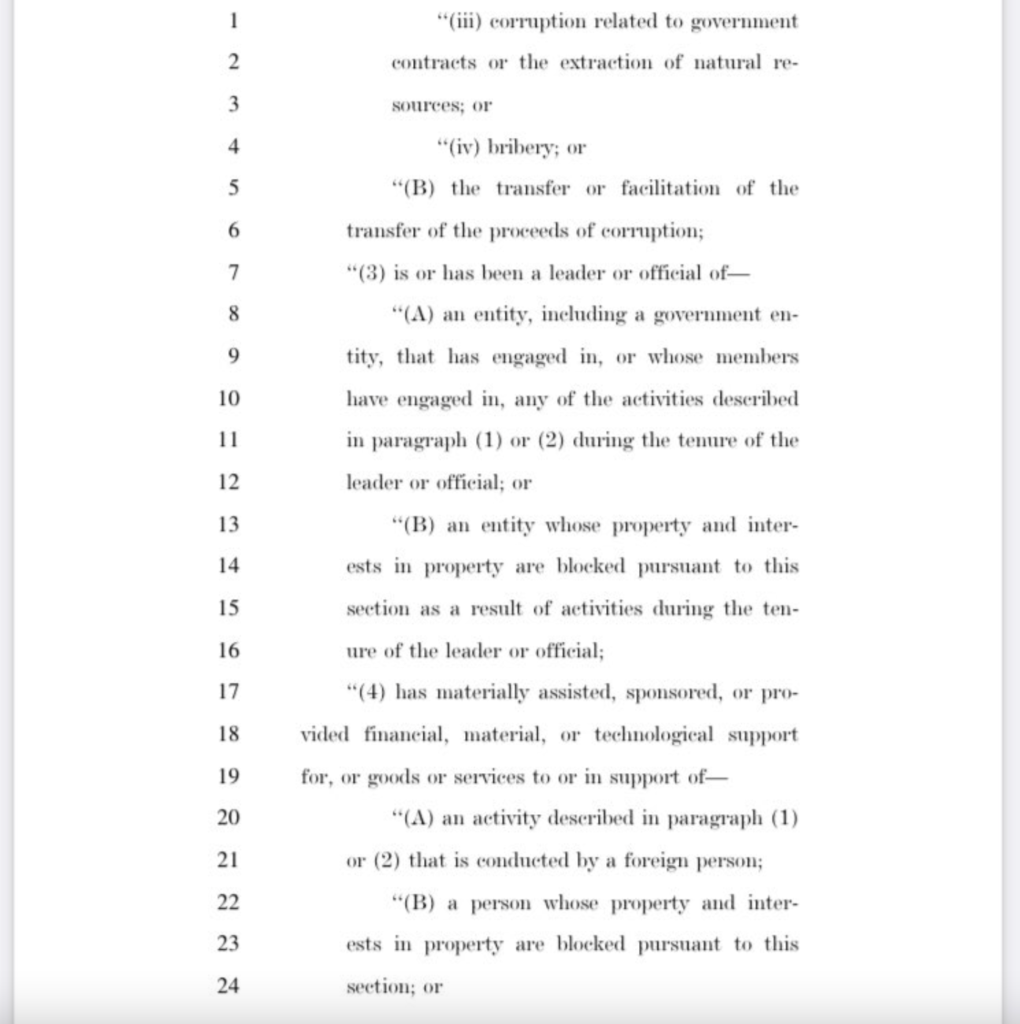 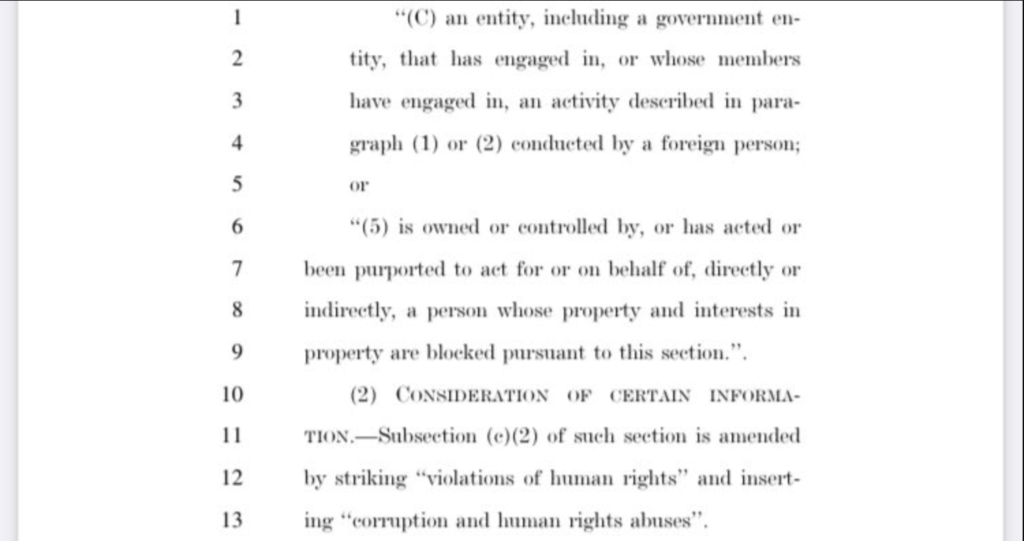 Shortly after taking office, Biden signed an incredibly broad executive order which stated that Americans assets could be seized if Treasury Secretary Janet Yellen and/or Secretary of State Antony Blinken, in consultation with the Attorney General Merrick Garland, declared they were acting “directly or indirectly” “for the benefit of” Russia.

In April 2021, the American Thinker published this piece on Biden’s executive order:

On April 15, President Biden signed an Executive Order on Blocking Property with Respect to Specified Harmful Foreign Activities of the Government of the Russian Federation. Contrary to its title, this EO is not about Russia. It is designed to allow the Biden administration to deprive American citizens and organizations of their rights and property by arbitrarily linking those persons to real, imagined, or vaguely defined activities of the Russian government.

The Biden administration unilaterally makes the determination and requires neither criminal acts nor intent. The punishment is blocking assets and a prohibition on any dealing with the accused person. Spouses and adult children of individuals found guilty by accusation under this EO are punished, too.

The EO was preceded by some distracting maneuvers, both diplomatic (hostile rhetoric toward Russia) and military (sending naval ships toward the Black Sea and recalling them back, as if dealing with Russian threats). Thus, many people assumed that the EO was directed at Russia, and completely missed the fact that it is directed at dissent here, at home.

Over the past four years, the Democrat Party, Fake News, and Big Tech have been frequently portraying their opponents as Russian trolls or Russian misinformation operators. The Russian collusion narrative, initially invented to overthrow the Trump administration, has been used to smear many conservative movements. Now this effort has been crowned by an Executive Order.

Biden’s administration has been recently pushing so many other radical changes, such as packing the Supreme Court, eliminating the filibuster, restricting Second Amendment rights, etc., that the real ramifications of this new EO went completely unnoticed. In my opinion, this EO is the most dangerous of them all. It allows the Biden regime to eliminate its opposition, quickly and quietly.

Section 1 of the EO enumerates prohibited activities and defines guilty persons as those “determined” by the Secretary of Treasury and/or Secretary of State in consultation with the Attorney General to be:

(B) interference in a United States or other foreign government election;

(C) actions or policies that undermine democratic processes or institutions in the United States or abroad;

Some of the language in this EO borrows from another: EO-13224 – Blocking Property and Prohibiting Transactions With Persons Who Commit, Threaten To Commit, or Support Terrorism. George W. Bush signed EO-13224 on September 23, 2001, in response to 9/11.

However, Biden’s EO is as similar to Bush’s EO as an atomic bomb is to a sniper rifle. Bush’s EO targeted financing terrorism. It defined terrorism clearly and narrowly. It minimized legal jeopardy to US persons. It did not strip away the standard for criminal liability requirements of action and intent. It did not target spouses or children of accused individuals. Additionally, Bush made a legally meaningful promise to use it with due regard to culpability and the Bush administration used it with restraint. Even so, Democrats criticized it harshly, opposed it, and fought it in courts.

In contrast, Biden’s new EO is directed mostly at US persons. It criminalizes speech and political activities, based on whimsical and arbitrary definitions. The Biden administration can define “malicious activities,” “democratic processes or institutions,” and the activities that undermine them as it wants.