Donald Trump announced there will be ‘a lot coming’ from the special counsel investigating the FBI’s investigation into alleged collusion between him and the Russian government.

Trump said that John Durham, the special counsel, would ‘fully expose’ the Russian collusion investigation in an interview with the Epoch Times this week. Trump called Durham’s work ‘one of the most important jobs’ in America.

Former Trump administration intelligence and defense official Kash Patel discussed the case with his former boss on the show.

TRENDING: Trump’s Bold Message To Joe Rogan as Left Tries to Censor Him

Although Durham has been silent for months, Trump said he still believes in his investigation, calling Democrats’ accusations of collusion the ‘crime of the century’ that affected the 2020 presidential election.

‘These are bad people. So, I hope John Durham, for the good of the country, comes up with everything that you know took place, and that everybody knows took place because it has been exposed.

‘It would be really nice to have it fully exposed.’

Trump has long denied allegations that he conspired with Russia during his 2016 presidential campaign, claiming that his opponents made up the allegations. Democratic opponents of Durham’s investigation claim it is a political witch hunt.

In October 2020, Durham was appointed by Attorney General Bill Barr as special counsel and tasked with examining whether the FBI’s Trump-Russia investigation, codenamed Crossfire Hurricane, was done legally.

The former president also told Patel that while he wished Durham had released his investigation before the election, it wouldn’t really have changed anything since he doubled down on his claims to have won the election.

‘It would have been nice to have been done before the election because they cheated viciously and crazily, what they did was so criminal.’

‘It would have been good if the voters would have known that, but it didn’t matter because I won the election by a lot anyway. So, it didn’t. Honestly, I don’t think that was the big defining moment.’

Michael Sussmann, a cybersecurity lawyer, was indicted by Durham in September 2021, for allegedly lying to the FBI during a conversation in which he relayed concerns about potentially suspicious cyber contacts between a Trump Organization server and a Russian bank’s server.

The indictment alleges that Sussmann misled FBI general counsel James Baker by telling him that he did not represent any particular client while actually representing the Hillary Clinton campaign and a technology executive.

The prosecution has accused Sussmann of being driven more by politics than facts, and he has pleaded not guilty.

First criminal charges in Durham’s probe were brought against FBI attorney Kevin Clinesmith, assigned to the Robert Mueller investigation and accused of altering an email to obtain a wiretap warrant renewal on Page.

A plea of guilty was entered by Clinesmith, and he was sentenced to probation.

The special counsel for Durham’s case assigned federal agents to arrest Igor Y. Danchenko, a Russian-born analyst living in the United States, in Virginia in November 2021.

A five-count indictment claims he lied several times about the sources he used to gather information for Steele, who is identified only as ‘UK Person-1’ in the indictment.

Steele’s dossier held that Trump’s campaign conspired with Russia in a covert operation to defeat Hillary Clinton and that Russia had salacious videos that could be used to blackmail Trump. Danchenko, 43, was the main researcher for Steele’s dossier.

Even though the FBI and Special Counsel Robert Mueller used the dossier in secret warrants to spy on Trump campaign advisor Carter Page, many of the dossier’s claims remain unproven or have been debunked.

The indictment indicates that Danchenko did communicate with the unidentified PR executive, and used him as a key source in the Steele report for one or more allegations.

The indictment shows that he was also the chairperson of a national Democratic political organization at one time, and that he actively campaigned for Hillary Clinton in 2016.

Danchenko falsely stated, according to the indictment, that he had never spoken with the PR executive about information that later appeared in the Steele dossier.

According to the indictment, the PR executive may also have contributed to the dossier’s salacious and inflammatory allegations about deviant sex acts occurring in the presidential suite of the Ritz Carlton Hotel in Moscow, although this is not confirmed by the indictment.

A charge in the indictment alleges the PR executive stayed at the Moscow hotel in June 2016 and spoke with the general manager, who Danchenko later claimed to be the source of the explosive information.

According to prosecutors, Danchenko’s false statements about his communications with the PR executive were ‘highly material’ because their influence on the FBI’s investigation into the dossier’s claims was significant.

In 2016, Steele worked for Fusion GPS, which was affiliated with a law firm representing the Democratic Party and Clinton’s 2016 presidential campaign. Steele was a former British intelligence officer. 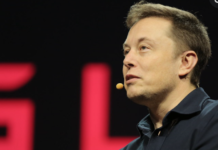