Seth Keshel examined the final vote counts in all 50 states compared to the estimated numbers based on changing state dynamics and trends to come up with his estimated voter fraud in each state.

And Keshel also believes cyber-flipping may have affected the results in NM, VA, NJ, and NH.

According to Keshel’s investigation there were conservatively 8,144,000 excess Joe Biden votes recorded in the 2020 election. 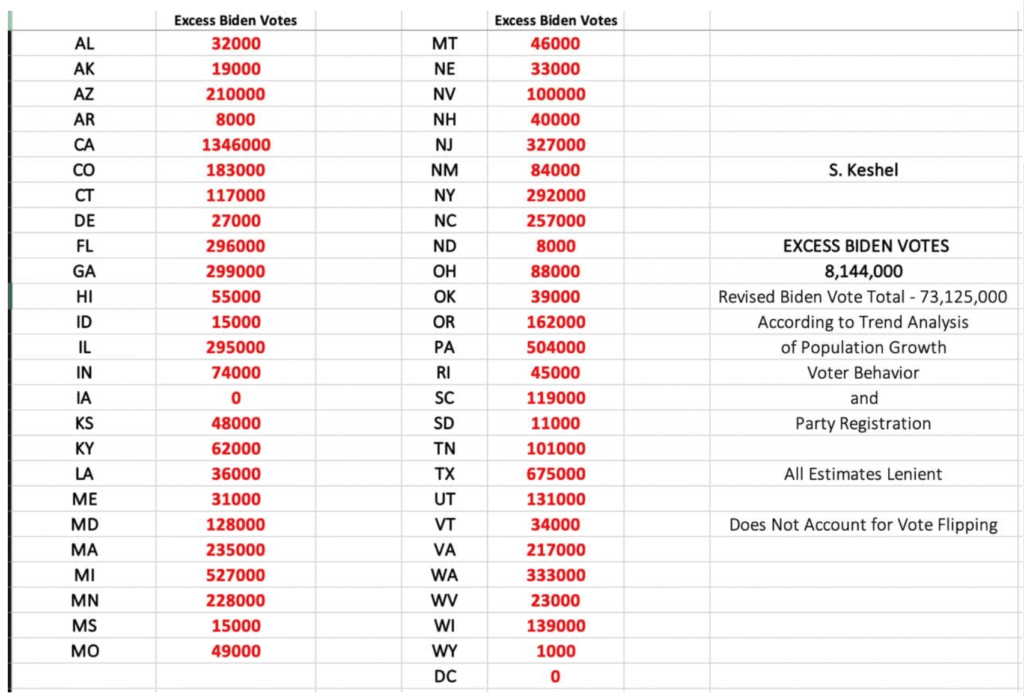 Here is a tale of the tape for Excess Biden Votes based on trend analysis in the modern political era, considering population growth/decline, recent voter history, and registration information, including registration by party.

My estimates are always lenient, and do not account for cyber flipping of votes.