Mark Zuckerberg, CEO of Facebook, created the Metaverse on October 28, 2021, rebranding the social media behemoth as META and promoting an alternate reality world. The idea may not have been as successful as Zuckerberg anticipated, and investors have lost trust in the Meta CEO as he continues to gamble on the Metaverse.

According to earnings reports revealed this month, Zuckerberg has poured more than $36 billion into the failed business since 2019, and more than $30 billion has vanished in a few of months, putting the firm in jeopardy.

Analysts and investors have attributed the company’s decline on Zuckerberg and other executives moving their focus from social media to the Metaverse, which has not yet garnered significant interest. Following the release of the report, the price of the social media giant’s shares trended upwards, despite a decline of roughly 70 percent year-over-year.

Reality Labs, the division that houses Metaverse and Facebook’s VR branch, reported only $5.3 billion in sales for the year and a cumulative operating loss of $30.7 billion since funding for the initiative began in 2019.

The papers disclose that Reality Labs’ costs and expenses for the year 2021 were $12.5 billion, despite the company earning just $2.3 billion in income during that period. 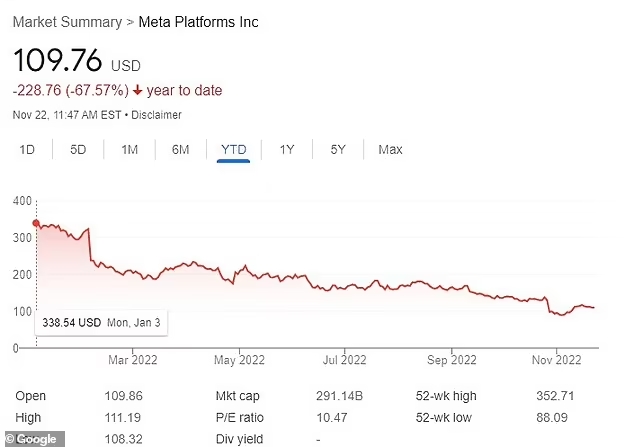 The data clearly shows that this year’s expenditures will surpass 2021, with lab costs and expenses increasing to $10.8 billion within the first few months of 2022, a period during which the division has reported only $1.4 billion in income.

The unsettling financial figures followed a third-quarter earnings report that revealed Reality Labs had generated a $9.4 billion operating deficit in the first nine months of 2022 alone.

As the initiative shows no signs of slowing down, top executives expect the losses to go much higher. 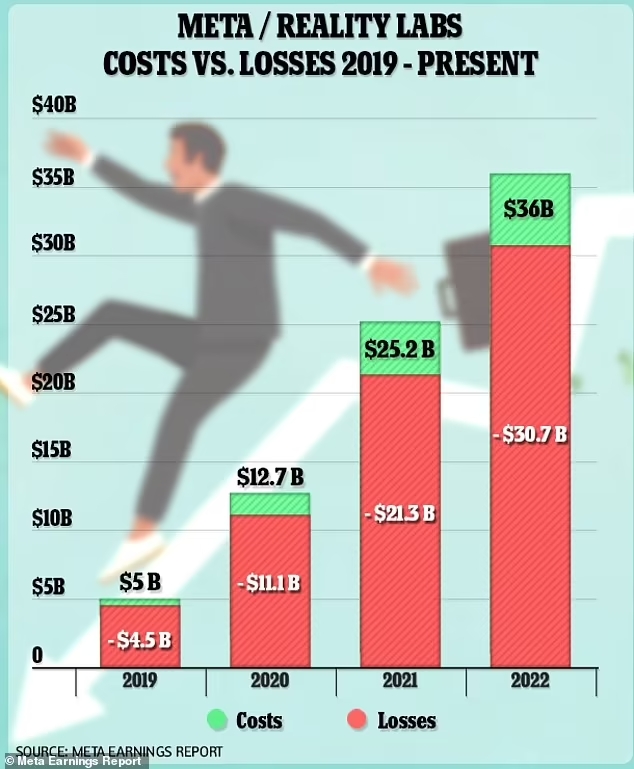 ‘We do anticipate that Reality Labs operating losses in 2023 will grow significantly year-over-year,’ CFO David Wehner said after the results’ highly anticipated release.

“Like many other companies in a zero-rate world — Meta has drifted into the land of excess — too many people, too many ideas, too little urgency,” he wrote. “This lack of focus and fitness is obscured when growth slows and technology changes.” Gerstner went on to write: “Meta needs to get its mojo back. Meta needs to rebuild confidence with investors, employees and the tech community in order to attract, inspire and retain the best people in the world,” he wrote. “In short, Meta needs to get fit and focused.” CONTINUE READING…