Dr Anthony Fauci’s financial records have been made public by the Republican senator who grilled him about his financial disclosures, leading the public health expert to call him an idiot under his breath.

It has been revealed that Fauci, one of the highest-paid federal employees in the country who earns more than President Joe Biden, and his wife, the top bioethicist at the National Institutes of Health, have a combined fortune of $10.4 million.

The 80-year-old has been the head of the National Institute of Allergy and Infectious Diseases since 1984 and will make about $2.5 million as the president’s chief medical adviser if he serves until 2024.

According to Fauci’s records, he and his wife received $13,298 for attending four galas and ceremonies – three of which were virtual. 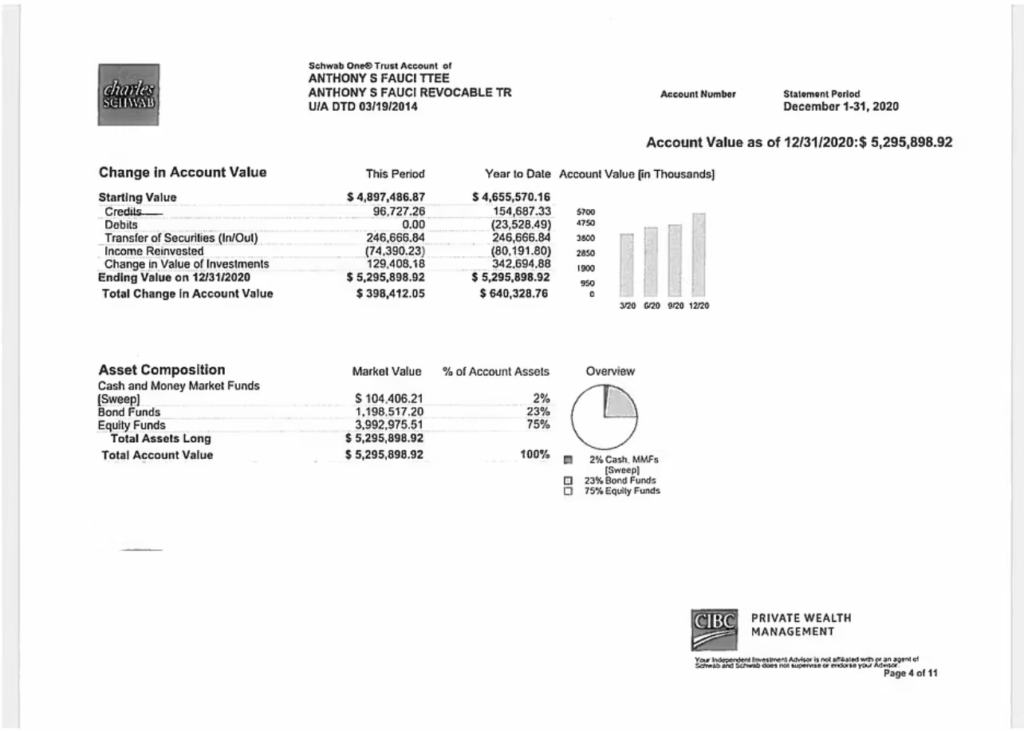 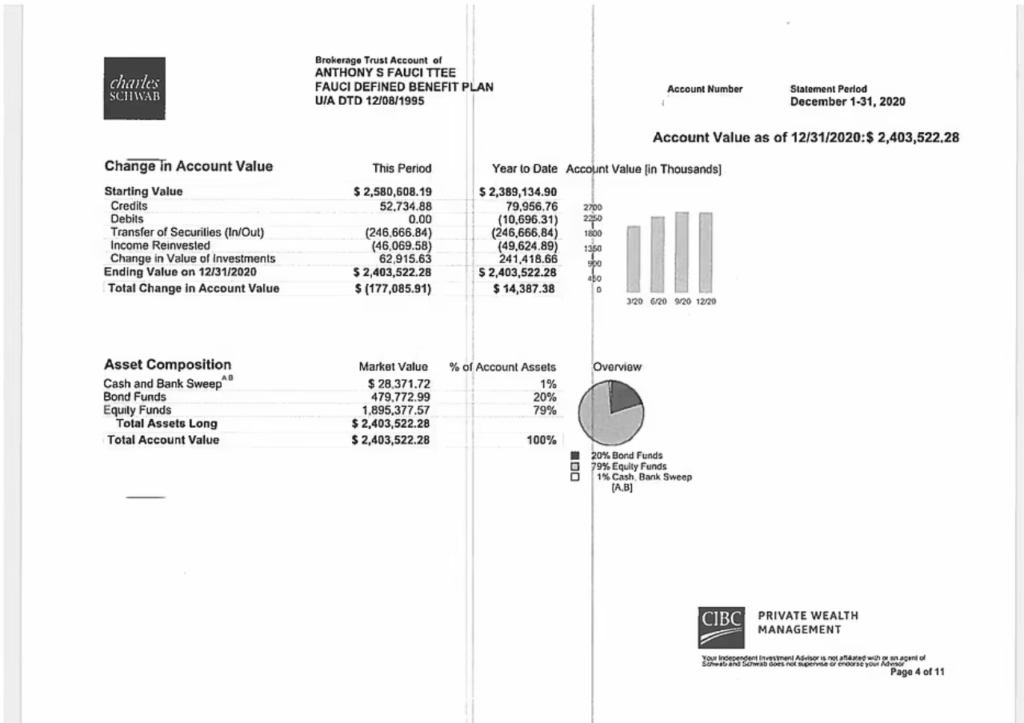 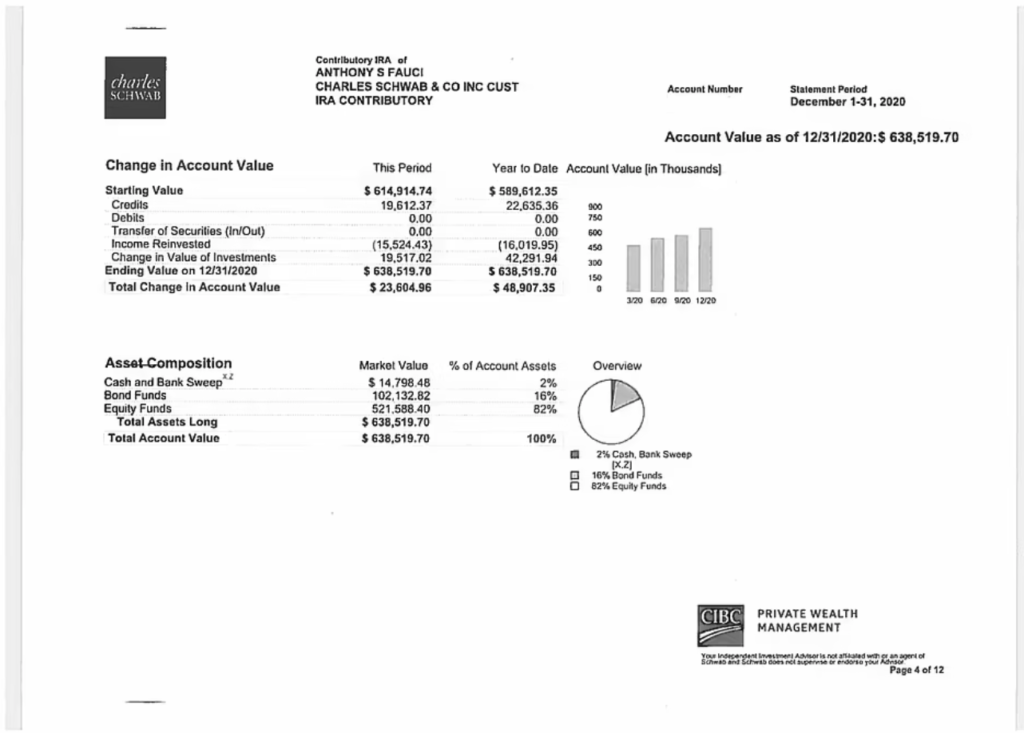 In addition, Jackson Fillmore Trattoria, an Italian restaurant in San Francisco, is part of their portfolio. The restaurant did not make them any money, however, the disclosures show.

The wife of Fauci, Christine Grady, 69, is working full time at the National Institutes of Health, where she earns a salary of $176,000 per year.

He was also reimbursed $5,198 for expenses related to being named federal employee of the year and receiving the Service to America medal in October 2020. 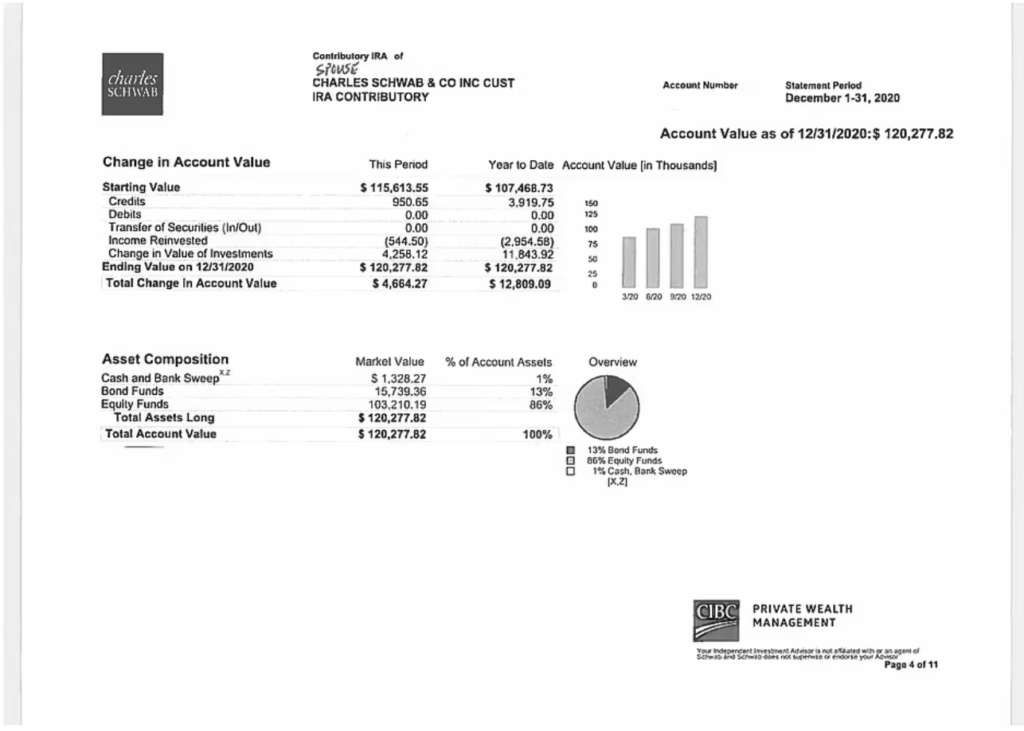 Gifts and reimbursements were listed as the category for all four events.

The Kansas representative, Roger Marshall, clashed with the 80-year-old doctor on Tuesday. Marshall wanted to see Fauci’s financial information; Fauci told him the documents were public.

‘Yes or no, would you be willing to submit to Congress and the public a financial disclosure that includes your past and current investments?’ Marshall asked. ‘Our office cannot find them.’

‘I don’t understand why you’re asking me that question. Fauci stated.

‘My financial disclosure is public knowledge and has been so for the last 37 years or so.’

As reported by the Center for Public Integrity, Fauci’s financial statements are indeed public. However, getting them is a long process: they requested the document in May 2020 and did not receive it until three months later.

Based on publicly available salary information for Fauci from 2010 to 2019, the doctor earned $3.6 million.

Keeping on through Biden’s current term would increase his total income by approximately $2.5 million.

The three accounts he disclosed are all with Charles Schwab, with the most valuable trust account containing $5,295,898.92.

Their combined worth is $10.4 million.

Having served as a public servant for almost 40 years, Fauci is also entitled to Social Security and a full federal pension.

Fauci and Grady met in 1983 ‘over the bed of a patient,’ she told In Style magazine – Grady then a clinical nurse specialist at the NIH in Washington, D.C., and Fauci an attending physician at the NIH.

The couple married that year, and they now have three daughters.

Frustrated by Fauci’s claim that his financial records were public, Marshall announced Friday that he would introduce the FAUCI Act ‘to hold Anthony Fauci and other high-paid government officials accountable.

He added: ‘If you’re an unelected bureaucrat, and you make hundreds of thousands of dollars, America needs to know if you have any conflicts of interest.’

Marshall hopes that the Financial Accountability for Uniquely Compensated Individuals Act will help the public learn the salaries of high-paid federal workers and see their financial disclosures.

‘Dr. Fauci was completely dishonest about his disclosures being readily accessible to the public which is why I am releasing them now,’ he tweeted. 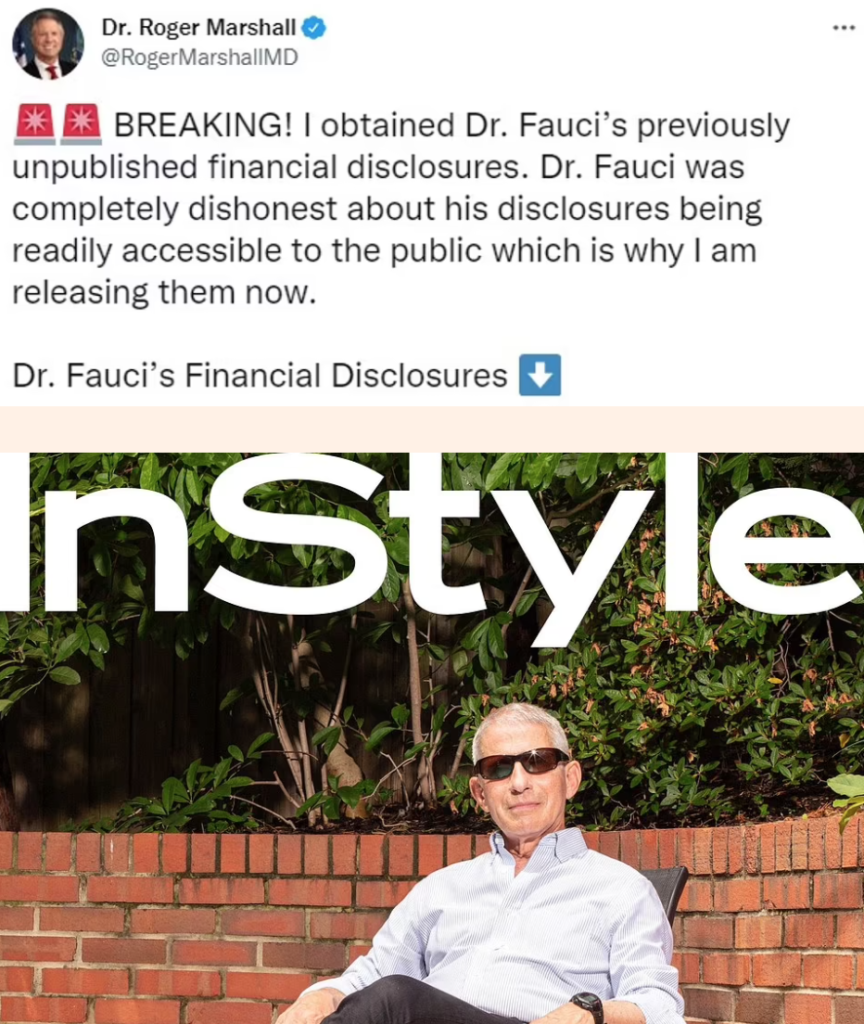 In addition, he handed them to Fox News, stating that Fauci is more interested in being a media star and posing for magazines than being honest with the American people and holding China accountable for the COVID epidemic.

The documents indicate that Fauci’s money came mostly from his salary.

Additionally, Harrison earned between $100,000 and $1 million from his books, including several editions of Harrison’s Principals of Internal Medicine – a textbook widely used by medical professionals.

In July 2019, Fauci was reimbursed $6,328 for a six-day trip to La Jolla to attend an editorial board meeting, his disclosures indicate. He has been on the editorial board of Harrison’s Principles of Internal Medicine since 1983.

In addition, he served on the editorial board of Harrison’s Manual of Medicine, launched as a companion to the 15th edition of the main textbook, as well as editing four editions of Harrison’s Rheumatology.

He was not paid for the book, or the documentary that accompanied it.

‘He will not earn any royalties from its publication.’

Fauci’s finances have long been a source of online conspiracy theories.

A Facebook post early in the pandemic claimed Fauci downplayed the potential use of chloroquine and hydroxychloroquine to treat coronavirus patients because he stands to lose $100 million on a Gates-funded vaccine if the alternatives are proven to work. The post was marked as disinformation.

Fauci himself has hit back, pointing out that his critics are now using personal attacks on him to fundraise.

Rand Paul, the Kentucky senator who relishes challenging Fauci in Congressional hearings, now has a button on his website where people can donate to his campaign funds, via a ‘Fire Fauci’ contribution.

Fauci said that Paul was ‘making money by making me the villain’.

He added: ‘I have threats upon my life.

‘Harassment of my family, and my children, with obscene phone calls because people are lying about me.’