Fox News correspondent Benjamin Hall has revealed the horrifying extent of his injuries after being hit by a blast in Kyiv while reporting on the Russian invasion of Ukraine.

In his first update since being injured, the British father-of-three said he had ‘lost half a leg and foot on the other side’ and that ‘one hand’s being put together’ and ‘one eye is not working’.

But despite his life-changing injuries, the married 39-year-old, from London, said he still felt ‘pretty damn lucky’ to be alive.

Hall was reporting outside of Kyiv when the vehicle he was traveling in was hit by a bomb blast, killing his 55-year-old veteran cameraman Pierre Zakrzewski and their producer Oleksandra ‘Sasha’ Kurshynova, 24.

On Thursday, he tweeted a photo of himself sitting as he recovers in a hospital bed, along with a post explaining the nature of his wounds. 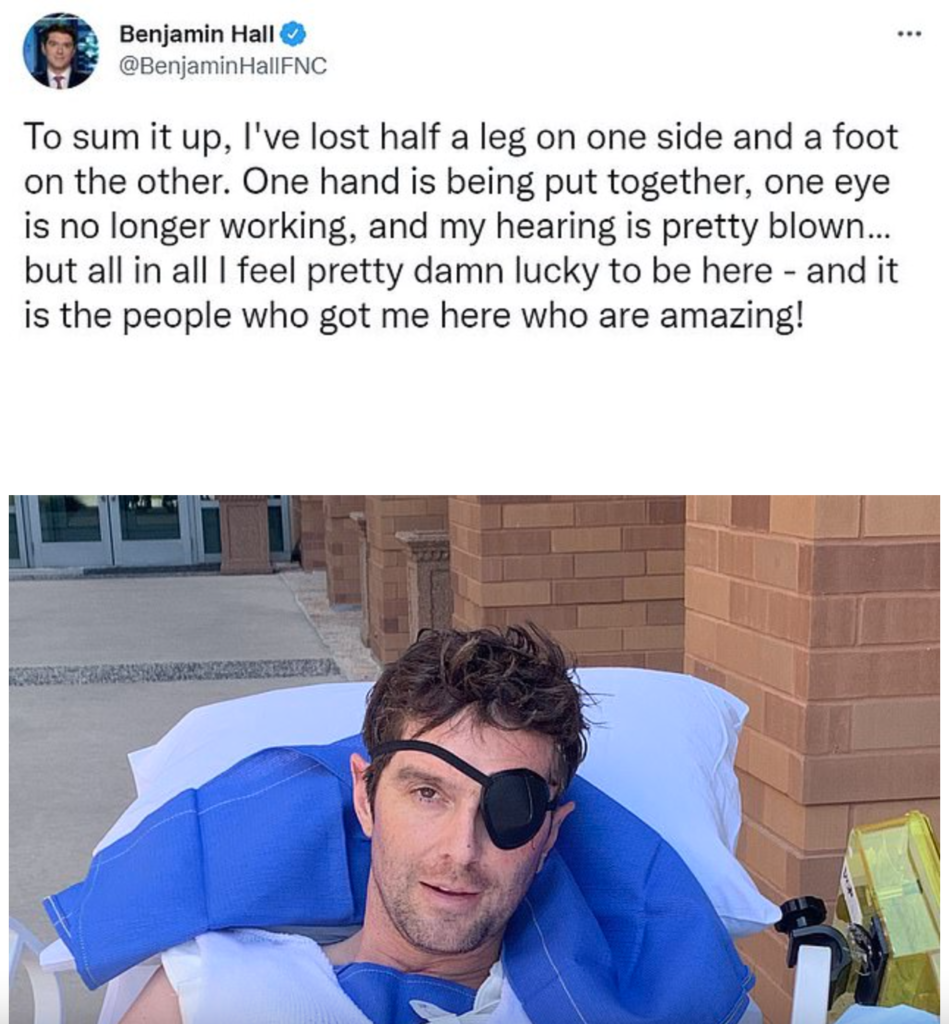