Gingrich told Fox News this week that the Democratic Party would be surprised if Biden ran again. The last rumor he heard was that Hillary Clinton was considering a presidential run again.

“I fully expect Biden to not run again. I think the Democratic Party would be in a state of shock if he did,” Gingrich remarked.

Kamala seems to be “weaker than Biden,” Gingrich said. “So the last rumor I heard was that Hillary is going to run, and I think it would say a lot about the chaos of America if Hillary Clinton reemerged one more time.”

He was responding to a clip from an interview with ABC News in which the president said he plans to run for president again “if I’m in good health.”

In addition to signing a $1 trillion infrastructure bill last month, the Democratic president has experienced some success. Biden and Harris, however, have job approval numbers of around 40% nearly a year into their administrations. Clinton may face former President Donald Trump in a rematch if she enters the ring again. Trump beat Clinton in 2016. Clinton has previously suggested that Trump will run again and that it will be a “make-or-break point” for America.

Gingrich, who served as a congressman from Georgia in the House from 1979 to 1999, said the Coronavirus pandemic, the economy, and the southern border situation were “weakening” Biden, noting that Sen. Joe Manchin refused support for the Build Back Better Act this week.

“He is already weaker than Jimmy Carter was at this stage. And Carter went down to the worst Electoral College defeat of any incumbent president in modern American history,” Gingrich said, predicting the GOP will take back control of the House and Senate by 2022.

Speaking of Jimmy Carter, we now have the unpopular Kamala Harris going to the unpopular Hillary Clinton for advice on how to be popular with voters..

She is hated even by Democrats. This is like Joe Biden going to Jimmy Carter about how to get the economy going.

We now have the mendicant and her mentor, a mile away with cackling that can be heard for miles:

Vice President Kamala Harris is turning to Hillary Clinton for advice on plotting “a path forward,” according to a new report.

The New York Times reports Harris sought out the counsel of Clinton, the first female Democratic presidential nominee and a fellow former U.S. senator, and other women when she came to Washington.

Harris and Clinton speak every few months on the phone, and the two met in the vice president’s West Wing office in November, the report said.

The New York Times reported it this way:

Faced with declining approval ratings, a series of staff departures and a drumbeat of criticism from Republicans and the conservative news media, she has turned to powerful confidantes, including Hillary Clinton, to help plot a path forward.

Ms. Harris has privately told her allies that the news coverage of her would be different if she were any of her 48 predecessors, whom she has described as all white and male. (Charles Curtis, who served as vice president under Hoover, spoke proudly of his Native American ancestry.) She also has confided in them about the difficulties she is facing with the intractable issues in her portfolio, such as voting rights and the root causes of migration. The White House has pushed back against scathing criticism on both fronts, for what activists say is a lack of attention.

It brings to mind Hillary and Kamala’s deep, very close relationship, dating back to when Kamala learned about politics and other things from Willie Brown.

The first striking thing about this story is that Hillary Clinton is not especially good at this ‘popularity’ thing. Her style of speaking is very wooden. Droning is her forte. Why anyone would go to her for advice on how to be popular is a mystery. She is disliked by even Democrats.

Secondly, what’s interesting about this story is that Kamala went to Hillary for advice and it’s nothing new.

Hillary has advised Kamala throughout her entire second term as vice president.

“She has become a trusted and loyal adviser to the vice president and the administration,” said Minyon Moore, a longtime adviser to Bill and Hillary Clinton who worked on the Biden transition and is a friend to Flournoy.

As of late, Hillary has been gaining attention by reading her 2016 victory speech, and has been publicly promoting herself since that ridiculous moment. Perhaps she hopes to become Kamala’s vice president. In all probability, she is most likely plotting against Kamala so she can run for president again. 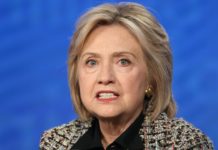 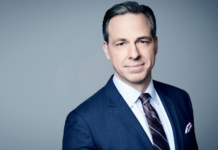 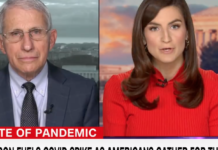 Fauci Tells America To “Stay Away” From Christmas!