More
HomePoliticsHERE WE GO AGAIN: Another Late Night Dump In Detroit Could Be...

HERE WE GO AGAIN: Another Late Night Dump In Detroit Could Be Imminent

As a result of the increased usage of absentee ballots, which has traditionally been viewed as a vulnerable point in the electoral system where cheating is likely to occur, many Americans view elections with greater suspicion. Numerous activist groups have studied all of the left’s acts surrounding the large collection of absentee ballots since the 2020 election, and independent media outlets are the only ones following the trails of intriguing tales from these activist groups, such as this one.

“Postal Worker Election Corruption —Were LIES Told By MI SOS Jocelyn Benson About LEGALITY Of Detroit Postal Worker’s Drop Box Activity Only the Tip of the Iceberg?” Patty McMurray wrote based on an interview with Becky Behrends, M.D. and Vice President of Research for Michigan Citizens for Election Integrity.

“The joke goes that Republicans are against mail-in ballots. The Democrats have gone “postal” over this! Why aren’t the Democrats going “postal” over the fact that there appears to be malfeasance in the postal service with regard to elections?,” McMurray wrote for 100% Fed Up adding:

“It is painfully obvious that there is more to the postal service’s involvement in mail-in ballots than the mainstream media wants to acknowledge.”

In an interview with 100 Percent Fed Up, a USPS District Manager openly contradicts Secretary of State Jocelyn Benson’s incorrect and deceptive assertions about whether it is legal and routine for postal workers to transport absentee votes to drop boxes.

“It is not! Yet, she makes this statement on a taxpayer-funded state government web page called “Misinformation.” Nothing worse than a Misinformation Guru being misinformed! What else has the postal service been up to other than illegally delivering absentee ballots to drop boxes?” McMurray reported. 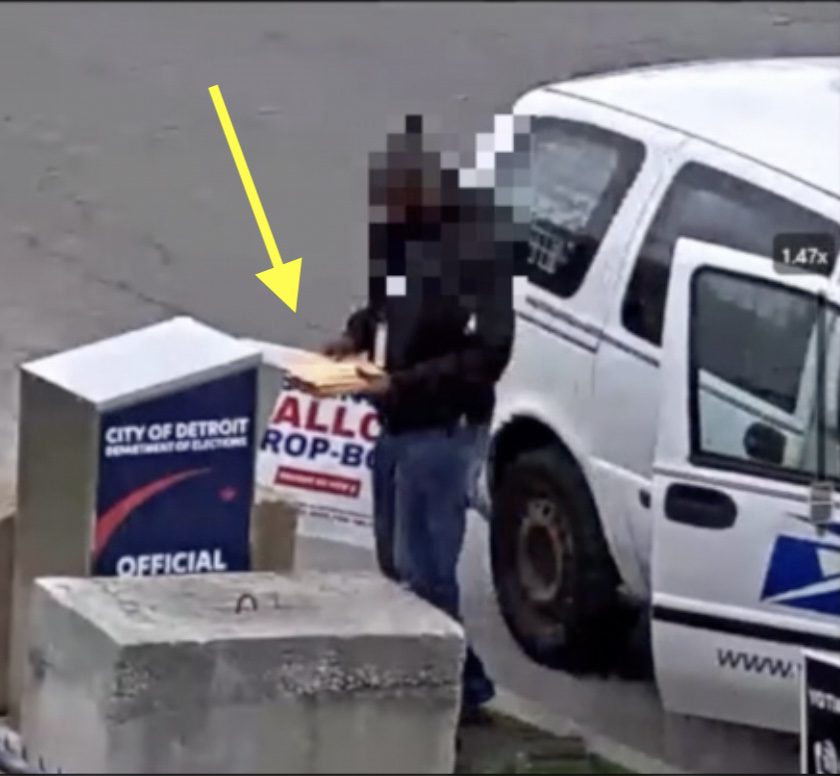 The USPS established the Election and Government Mail Services division in July of this year. Marc Elias, a left-leaning attorney engaged in the creation of the program, tweeted his approbation.

“Mail-in ballots are an important part of the Democratic election playbook. Many fear that this will institutionalize postal service cheating on behalf of Democrat,” Elias posted.

Recently, Biden announced the appointment of three new members to the nine-member USPS Board of Governors. One of these individuals is the former top counsel for the American Postal Workers Union, while another is the director of the non-profit National Vote at Home Institute, which advocates for universal mail-in voting.

McMurray elaborated on previous problems with ballots and the post office.

The US Postal Inspection Service is the oldest federal agency responsible for law enforcement. The staff is extremely unionized. What if they choose to place their thumb on the scale? The National Association of Letter Carriers, an AFL-CIO affiliate, backed Biden with the support of 277,000 employees in 2020. In 2020, the American Postal Workers Union likewise supported Biden. That’s an additional 330,000 workers.

Could selective delivery of campaign mail tip an election?

It did in Baltimore two years ago. Five days before a June 2 mayoral primary election, 68,000 pieces of election materials sat undelivered. It was not delivered until most Marylanders had already cast their ballots by mail. The incumbent Democrat Baltimore mayor, Jack Young, was beaten by a progressive candidate who enjoyed considerable union support. CONTINUE READING…