Ghislaine Maxwell, 60, partner of sexual predator Jeffery Epstein, was convicted on Dec. 29, 2021, on five criminal counts, including sex trafficking, for recruiting and grooming four girls for Epstein to abuse between 1994 and 2004.

Epstein, 66, had a “black book” of names who reportedly flew to his Caribbean hideaway which was a who’s who of international rich and famous.

Epstein himself was arrested and pleaded guilty to prostitution-related charges in 2008 in Florida, and also pleaded not guilty to additional federal charges.

He is reported to have committed suicide in his cell after arrest and before his trial.

Now it is Maxwell’s turn to face charges and sentencing.

The sentence will be imposed by U.S. Circuit Judge Alison Nathan in Manhattan federal court on June 28.

Defense lawyers said in a sentencing submission last week that she should spend no more than five years in prison, the Mail wrote.

The filing states: ‘Ms. Maxwell has always worked hard. Her many educational, occupational, and avocational accomplishments include becoming an Emergency Medical Technician (EMT), a helicopter pilot, a submersible pilot, a banker; partnering with the Cleveland Clinic to establish a telemedicine platform to enable people in remote areas to obtain quality medical treatment; helping develop the Clinton Global Initiative; and supporting a variety non-profit and charitable organizations’.

Maxwell has also requested a more lenient sentence of just four years and three months in jail, arguing that she is being scapegoated as a proxy for Epstein’s crimes.

Her legal filings claimed that helping launch the Clinton Global Initiative (CGI) demonstrated she has a ‘desire to do good in the world’.

The prosecution does not share the defense’s glowing opinion of Maxwell.

In a later section the document states that Maxwell is not an ‘heiress, villain, or vapid socialite’.
‘As part of a disturbing agreement with Jeffrey Epstein, Maxwell identified, groomed, and abused multiple victims, while she enjoyed a life of extraordinary luxury and privilege. In her wake, Maxwell left her victims permanently scarred with emotional and psychological injuries,’ prosecutors wrote.

‘That damage can never be undone, but it can be accounted for in crafting a just sentence for Maxwell´s crimes,’ they added.

‘It appears that the defendant viewed the victims as objects who could be manipulated for her and Epstein’s own selfish purposes without any regard for their personal wellbeing, health, or safety.’

‘The Defendant’s Role in the Conspiracy Maxwell’s conduct was shockingly predatory. She was a calculating, sophisticated, and dangerous criminal who preyed on vulnerable young girls and groomed them for sexual abuse’.

Prosecutors also urged the judge to reject Maxwell’s pleas for leniency on the grounds that she has suffered in extraordinary ways in jail while awaiting trial and afterward.

Maxwell has been held in the Brooklyn jail since shortly after her July 2020 arrest, Daily Mail continues.

Her lawyers objected multiple times before trial about the confinement conditions there, including last November when Sternheim likened them to Hannibal Lecter’s from the 1991 Oscar-winning film ‘The Silence of the Lambs.’

She is currently being held in the general population area of the notorious prison, where an inmate recently threatened to kill her, The Mail writes.

A source told The Daily Mail on Sunday: ‘One woman was going around openly bragging that she was going to murder Ghislaine for $1 million.
Maxwell’s placement on suicide watch comes nearly three years after police announced Espetein, 66, killed himself in August 2019 in a Manhattan jail cell, where the financier was awaiting trial for sex trafficking.

Now, Ghislaine Maxwell has been placed on suicide watch just days before her scheduled sentencing for sex trafficking and conspiracy crimes, her lawyer said.

Bobbi Sternheim, who represents the longtime Jeffery Epstein associate, submitted a letter to U.S. District Judge Alison Nathon on Saturday, stating that the Metropolitan Detention Center, in Brooklyn, had placed her client on suicide watch on Friday, Insider reported.

Sternheim claimed this was done ‘without having conducted a psychological evaluation and without justification,’ with Maxwell allegedly wearing a ‘suicided smock,’ a large piece of fabric that can’t be used to fashion a noose, and placed in solitary confinement.

Sternheim argued Maxwell’s sentencing needed to be postponed while she remains on suicide watch, even if the lawyer claimed she ‘is not suicidal.’

Sternheim condemned the treatment of her client, who she said was not event permitted to hold a pen or paper inside solitary confinement.

‘If Ms. Maxwell remains on suicide watch, is prohibited from reviewing legal materials prior to sentencing, becomes sleep deprived, and is denied sufficient time to meet with and confer with counsel, we will be formally moving on Monday for an adjournment,’ Sternheim wrote. 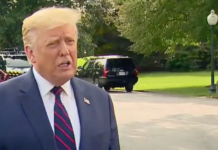