Beautiful and powerful Ivana Trump died unexpectedly on Thursday, July 14th, at the age of 73, at her home in New York City. The first reports were that she was found unconscious at the bottom of a set of stairs, indicating she may have fallen.

Ivana Trump, a glamorous Czech-American model, and businesswoman was married to Donald J. Trump, and together they were a well-sought-out power couple in the 1980s.

“Though her high-profile marriage to the former president catapulted her into the limelight in the late ’70s, Ivana was much more than just Mrs. Trump – she was a savvy businesswoman, an athlete, a writer, multifaceted clothing and jewelry designer, and above all, a proud mother adored by her children,” People Magazine reported.

“She was born Ivana Marie Zelníčková in Zlin, a factory town in then-Communist Czechoslovakia; she was the only child of Marie, a telephone operator, and Milos, an engineer who died in 1990. Ivana skied competitively as a child and was a national ski team member, and the sport provided the metaphor that ruled her life,” the outlet reported.

Ivana was a role model to many who saw that she had come from a struggle on to lead a beautiful American life. Although the two divorced, Ivana remained close friends with her ex-husband, Donald, the 45th President.

Ivanka Trump, the only daughter of Ivana and Donald Trump, openly shared her intimate thoughts and feelings about the death of her mother with the public, along with memorable and iconic photos that showed a significant and tender love between mother and daughter, and an exceptional and blessed life together as a family.

“Heartbroken by the passing of my mother. Mom was brilliant, charming, passionate and wickedly funny. She lived life to the fullest — never forgoing an opportunity to laugh and dance.

I will miss her forever and will keep her memory alive in our hearts always,” Ivanka posted about her Mom.

Ivanka said Ivana ‘modeled strength and determination in every action,’ and she had ‘lived life to the fullest as she shared beautiful family pictures. 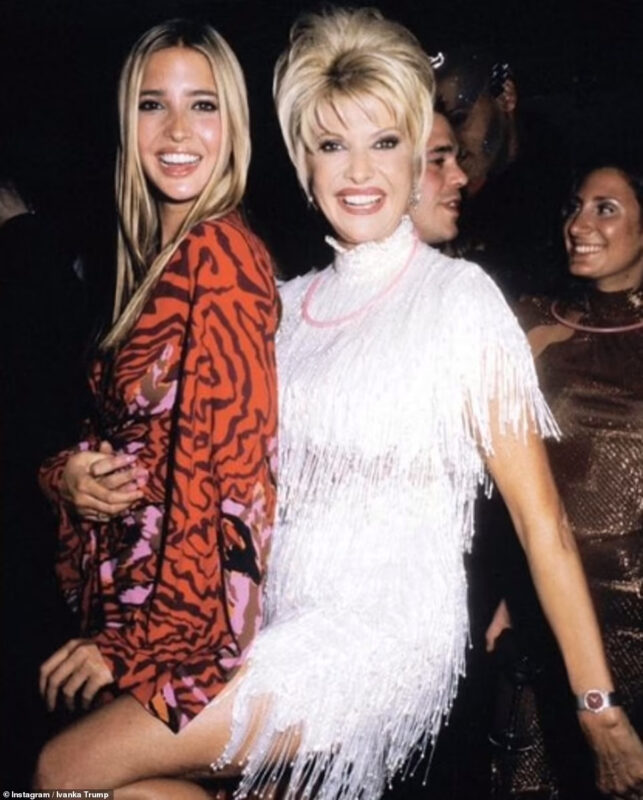 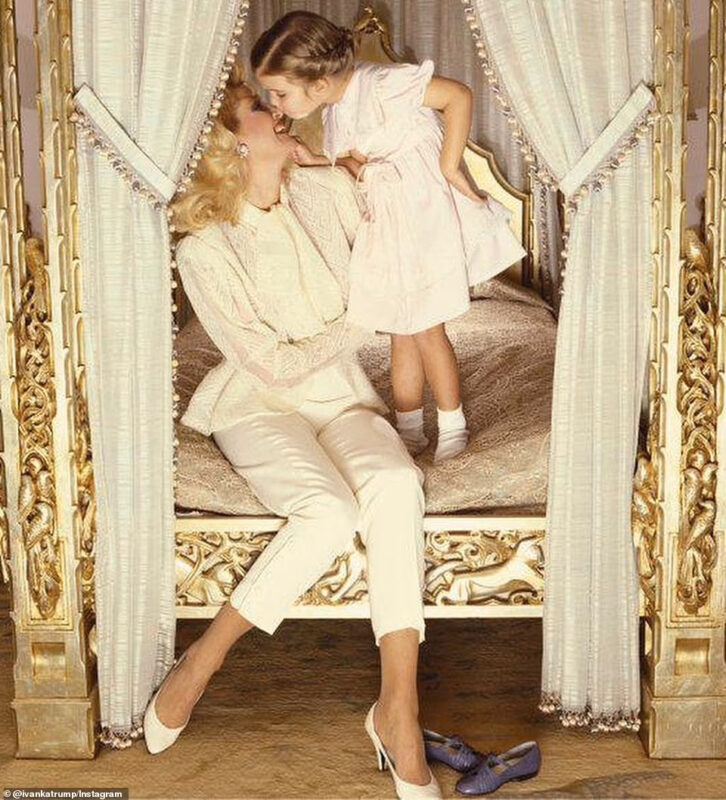 Son Eric also shared a moving tribute, remembering an ‘incredible woman’ who was ‘a force in business.’ and remembered that his mom, ‘taught her children about grit and toughness, compassion and determination in her children.

Reaction to the news was sad, as Ivana was a role model for others who had fled Communism.

Ivana Trump was an icon and perfect representation of the American dream.

Someone who escaped communism and found love and success with a young Donald Trump.

My thoughts and prayers are with all her loved ones.

The Daily Mail reported on the details:

Ivanka spoke out hours after Ivana was found dead inside her New York townhouse, with a female worker thought to have found her unconscious at the bottom of a staircase shortly after midday.

Emergency services say they were called to reports of someone in cardiac arrest around 12.40pm local time. A post-mortem will be carried out to establish the exact cause and time of death, but a source close to the family told reporters that Ivana’s health had been declining for a while. 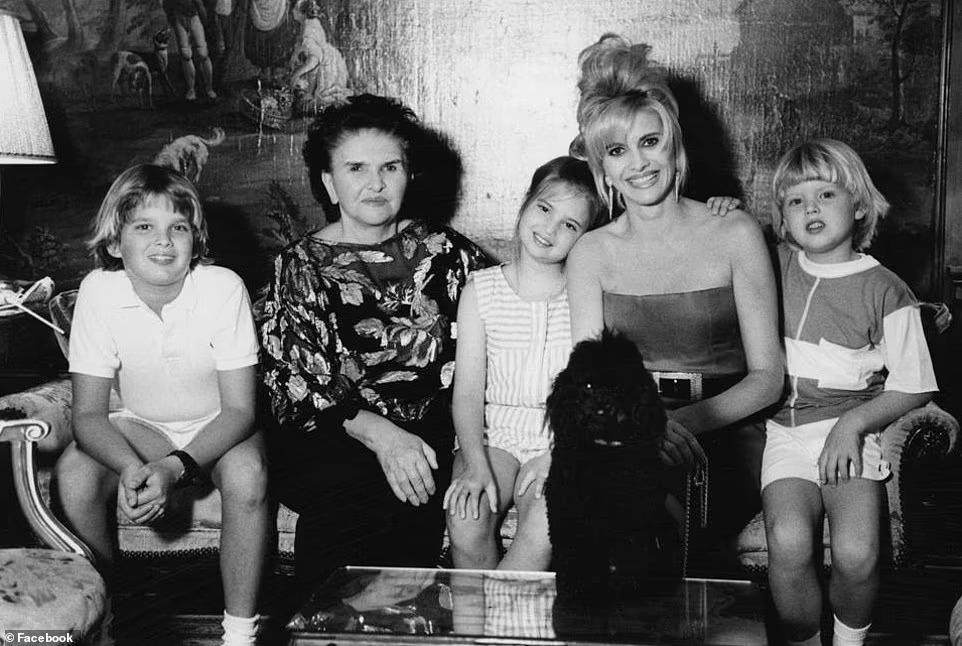 A joint statement recalled the businesswoman’s tough upbringing behind the Iron Curtain and incredible journey to the US, having fled communism in Czechoslovakia before moving to Canada and then New York City.

Ivana was best-known as former President Trump’s first wife, marrying him when he was a real estate heir and business mogul in 1977 before the pair divorced in 1992.

The Daily Mail hosted the beautiful photos posted by Ivanka.

Heartbroken by the passing of my mother. Mom was brilliant, charming, passionate and wickedly funny. She lived life to the fullest — never forgoing an opportunity to laugh and dance.

I will miss her forever and will keep her memory alive in our hearts always. ❤️ pic.twitter.com/EyhrLNLUJw

People who knew Ivana for a long time were tearful, including staff members at her favorite restaurant and hair salon as well as her lawyers.

Atilla Cetin, general manager at the Italian restaurant Nello, a block from the Upper East Side townhouse, made a sad statement to the press.

He told DailyMail.com: ‘She was so wonderful. [To us] she was our First Lady. Even when she was walking to the restaurant and people would want to take a picture with her or talk to her, she never refused anyone. She was always so polite, so amazing.’

Cetin said he had walked past her apartment on Wednesday and briefly thought about checking in on her, but ultimately did not.

Meanwhile, Fatih Cakirca, 49, brother of salon owner, Salih, told DailyMail.com that the staff at the salon was also in disbelief at Ivana’s passing as she looked very healthy and was preparing for a vacation in St Tropez.

‘She had an appointment today at 2 p.m. and the housekeeper just canceled,’ Cakirca said. Ivana had scheduled a hair appointment in preparation for her trip to St Tropez.

Skiing was important to her all of her life. People Magazine covered her life so nicely reporting:

“When you are going down a mountain at 80 miles an hour, you cannot count on Mama or Papa,” she previously told PEOPLE. “You have to count only on Ivana.”

After graduating from Charles University in Prague with a master’s in physical education, Ivana married Austrian skier Alfred Winklmayr to get a western passport, PEOPLE previously reported.

When they split two years later, Ivana moved to Montreal, where she modeled. Her stint in the modeling industry led her to meeting Donald while on a shoot in New York City in 1976. They married nine months later, and eventually welcomed three children together.

And she left a lasting impression on the United States of America. God rest her soul and prayers for the Trump family in their time of loss.