Everyone is aware that Paul Pelosi, the husband of Nancy Pelosi, was attacked at his house. Supposedly, David DePape sneaked into the Pelosi residence and assaulted him with a hammer. According to Pelosi, the assailant was in his underpants for unknown reasons and may have been a “friend.”

Paul Pelosi, the husband of Speaker Nancy Pelosi (D-Calif.), “underwent successful surgery” for head and body injuries on Friday after an assailant broke into the couple’s home and “violently assaulted” him with a hammer.

Paul Pelosi, 82, was taken to Zuckerberg San Francisco General Hospital for surgery to “repair a skull fracture and serious injuries to his right arm and hands,” according to the Speaker’s spokesperson, Drew Hammill. “His doctors expect a full recovery,” Hammill added.

Bill Scott, head of the San Francisco Police Department, told reporters on Friday that officers were summoned to the Pelosi house at 2:27 a.m. for a “priority well-being check” and discovered a 42-year-old male, identified as David DePape, and Paul Pelosi “both holding a hammer.”

“The suspect pulled the hammer away from Mr. Pelosi and violently assaulted him with it,” Scott added. According to Scott, officers subdued the man, disarmed him, and hauled him into custody on multiple charges, including attempted murder, assault with a dangerous weapon, and burglary. He will be transported to the San Francisco County prison for booking. Scott stated that there would be “several other additional felonies.”

The unusual story was instantly described as a MAGA attack by the leftist media.

A far-right MAGA character who spends his time obsessing over far-right conspiracy theories but lives in a “Hippie Commune” with Rainbow flags in San Francisco, breached all security at Nancy Pelosi’s house (the third in line to the Presidency [shudder]), he did so in his underwear, he came in screaming “Where’s Nancy?”, then he finds Paul Pelosi also in his underwear, a hammer appears, or maybe it’s two hammers, that part is unclear, they struggle over the hammer, meanwhile the police show up on the scene allegedly for a “welfare check” at 2 am and not because they were called about the break-in, they arrive during the struggle over the hammer, the police are let into the house by an unknown third party, the police then watch the far-right MAGA guy assault Paul Pelosi with a hammer and then they intervene to break it up and take the far-right MAGA guy to jail. 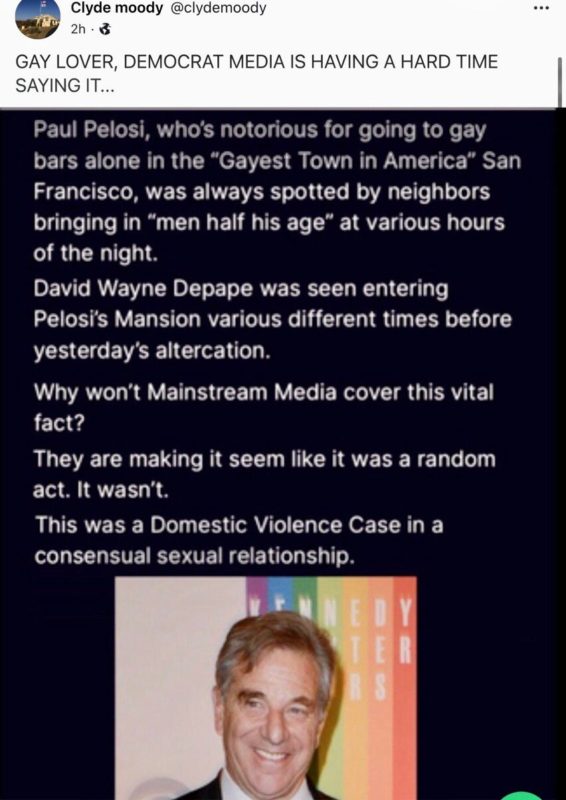 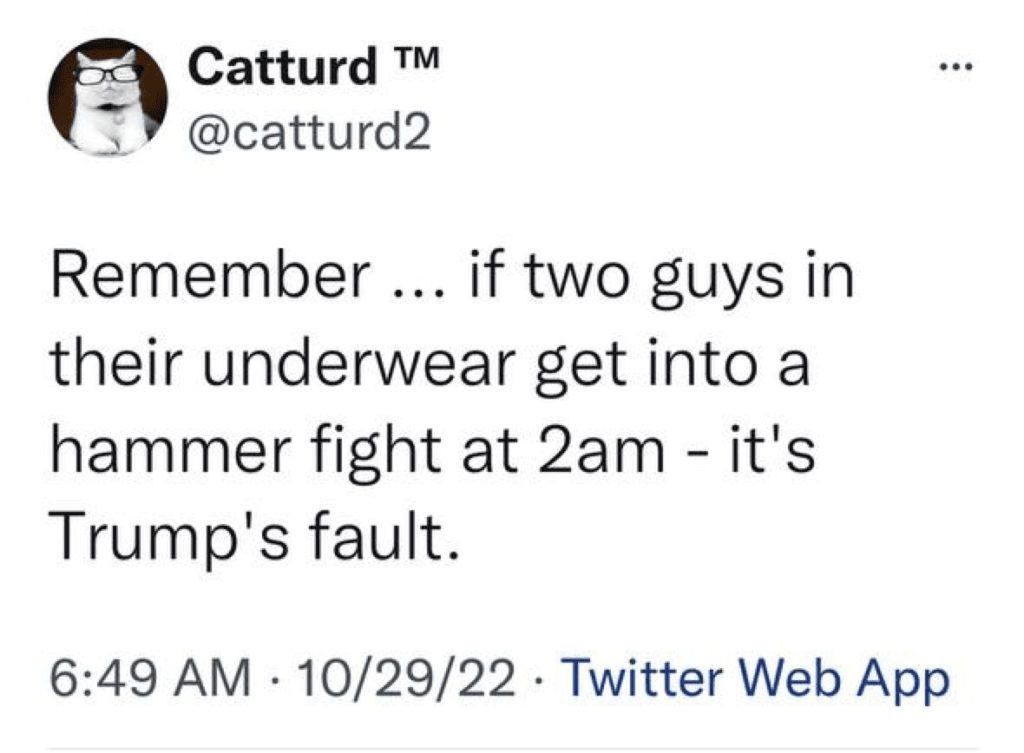 What proof did they possess that DePape is a conservative? Two purported websites.

However, according to the Gateway Pundit, the two “far-right” websites connected to DePape were launched on Friday and removed on Saturday. DePape was apparently merely a far-right zealot for a single day. The Gateway Pundit reported the news on the suspected existence of two far-right websites.