Technology and medicine could produce an implant that allows a person’s health to be tracked.

Retired Army Col. Matt Hepburn, who worked for years with the Defense Advanced Research Projects Agency, talked about the project in an interview that aired Sunday on the CBS show “60 Minutes.”

Hepburn — who still works for the Army as a physician and as “joint product lead,” according to his LinkedIn page — showed off the implant to Bill Whitaker of CBS, who noted how the device could be used.

“Consider a ship like the USS Theodore Roosevelt — hobbled last year when 1,271 crew members tested positive for the coronavirus. What if everyone on board had their health monitored with this subdermal implant, now in late-stage testing?” Whitaker said. “It’s not some dreaded government microchip to track your every move, but a tissue-like gel engineered to continuously test your blood.”

“It’s a sensor,” Hepburn said, displaying one of the creations.

“That tiny green thing in there, you put it underneath your skin and what that tells you is that there are chemical reactions going on inside the body and that signal means you are going to have symptoms tomorrow,” he said.

Hepburn likened the sensor to the “check engine” light on a car.

“Sailors would get the signal, then self-administer a blood draw and test themselves on site,” he said.

Results would be almost instant, he said.

“We can have that information in three to five minutes,” Hepburn said.

“As you truncate that time, as you diagnose and treat, what you do is you stop the infection in its tracks.”

The news outlet Defense One outlined how an implanted sensor developed by the company Profusa, which is funded by DARPA, would work.

American technology company Profusa is awating FDA approval of an injectable, permanent under-the-skin biochip sensor made of advanced hydrogel by early next year. The chip is meant to detect COVID infections as soon as the body begins to show symptoms

“The sensor has two parts. One is a 3mm string of hydrogel, a material whose network of polymer chains is used in some contact lenses and other implants. Inserted under the skin with a syringe, the string includes a specially engineered molecule that sends a fluorescent signal outside of the body when the body begins to fight an infection,” the report said.

“The other part is an electronic component attached to the skin. It sends light through the skin, detects the fluorescent signal and generates another signal that the wearer can send to a doctor, website, etc. It’s like a blood lab on the skin that can pick up the body’s response to illness before the presence of other symptoms, like coughing.” 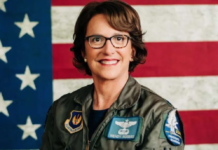 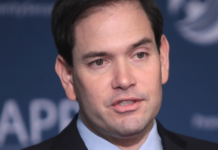