Home World USA Putin Puts YouTube On Notice: He Found It Into Oblivion For Massive...

President Putin threatened YouTube to hold it accountable for its massive censorship, issuing a huge fine against the Big Tech Company.

This year, Putin warned YouTube that he would punish the company because they censored non-mainstream topics from the platform.

The Google company will now have to pay a fine of 1 billion rubles in March 2022 or unblock the Russian TV Channel’s YouTube account.

RT reported that the US tech giant doesn’t have the power to restrict the page of the Tsargrad TV channel;

Russia’s Ninth Arbitration Court of Appeal ruled this Thursday, supporting the latest court decision. Google had to restore the channel and the monetization rights.

Now, Google will pay additional 100,000 rubles for every day it won’t comply with the court’s decision.

The Russian media didn’t reveal the mechanism of the increase after the decision, but the latest rule by the Arbitration Court shows that the daily fine doubles every week.

The total fine can’t exceed the sum of 1 billion rubles in the first nine months. The penalty would reach that number in March 2022, stated Valery Rukobratsky, Tsargrad’s spokesman.

Google hasn’t commented on the court’s decision. The US tech giant’s terms of service normally require all lawsuits against the company to be handled by the US or British courts. Russia’s courts ruled that they could handle the suit. 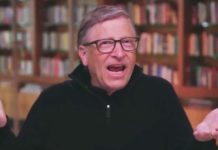