Information coming out of the most recent mass shooting at an American school is about to make this story a whole lot worse because government officials were supposed to have been prepared to combat such a thing as a mass shooter.

It is confusing how a school that had leveraged so many ‘state of the art’ resources against the war on schools still fell victim to a tragic mass shooting at the hand of a crazed and mentally ill teenager, who left his calling card on social media and was known to be a problem.

The media is full of headlines about the school shooting at an elementary school in a tiny town in Texas, where law enforcement has been combating an invasion of illegals crossing over the nearby border with Mexico for a full year- but little did they know they were about to experience an epic tragedy at the elementary school that would catapult them into the national media.

And the pain of many dead children- who were killed in their school classroom- is about to get even worse.

According to the article, Texas school officials had been monitoring students’ social media prior to the deadly shooting in Uvalde Tuesday – but failed to pick up on posts from the gunman who was openly bragging to friends by text and on social media that he had gotten an 18th birthday present to himself earlier this month – two AR-style rifles.

The school shooter, Salvador Ramos, had paraded his weapons on social media before the massacre left 19 students aged under 11 and two adults dead on Tuesday.

Before the rampage, Ramos reportedly also shot and killed his 66-year-old grandmother.

Uvalde School District officials say they had been monitoring its students’ social media pages using an advanced AI-based service called Social Sentinel but had somehow missed the potential killer in a surprising admission of how their focus for detecting danger was totally off.

The software is designed to find signs of potential harm in digital conversations but missed the teen’s photo-op.

On Ramos, he had shared an image to his since-scrubbed Instagram account of him cradling the magazine of a rifle on his lap. 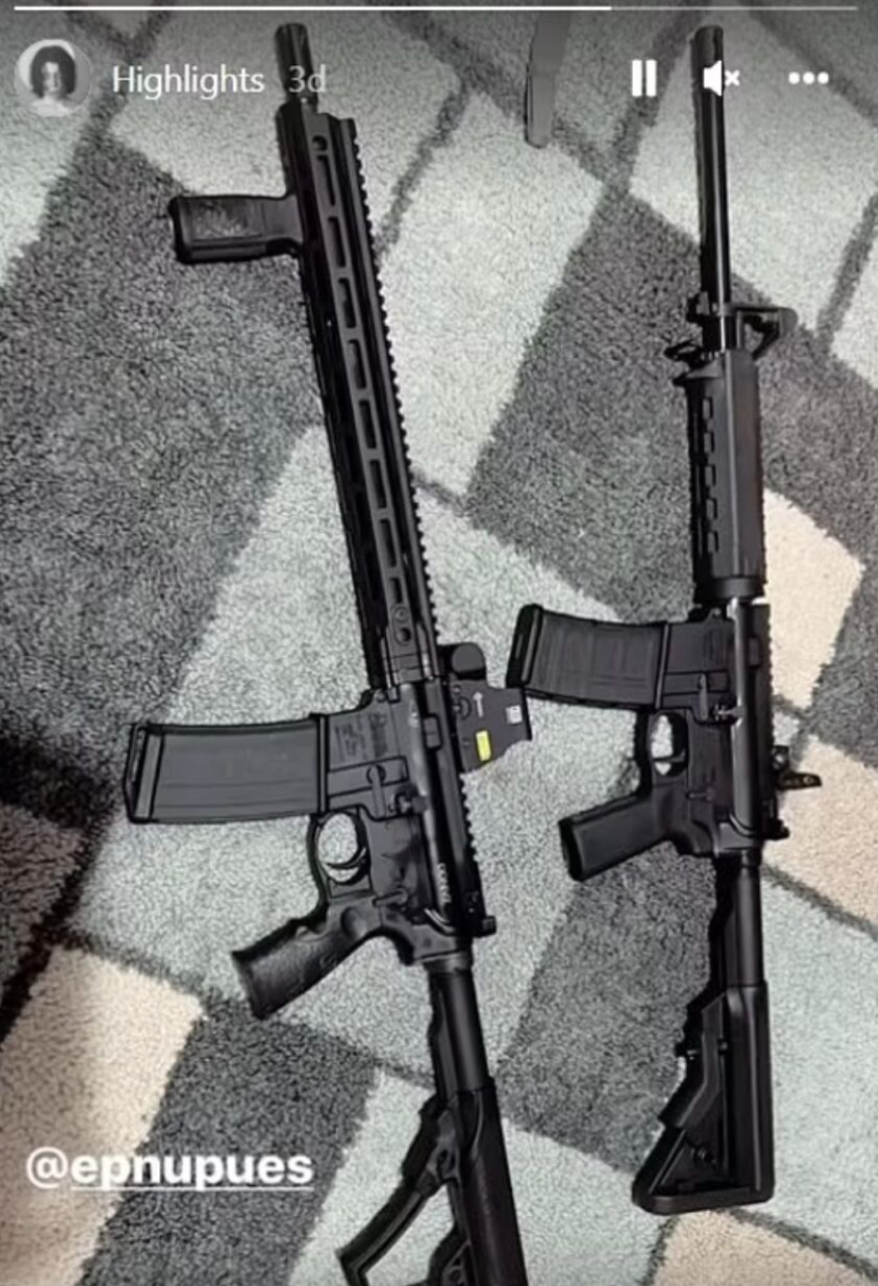 Ramos, who is now deceased, is responsible for the deadliest attack on a US elementary school since the infamous 2012 Sandy Hook shooting.

The district revealed Monday it had been using the platform ‘to monitor all social media with a connection to Uvalde as a measure to identify any possible threats that might be made against students and or staff within the school district.’

According to a 2020 press release about the software Social Sentinel was supposed to have detected the problem:

RICHFIELD, Ohio, Oct. 27, 2020 /PRNewswire/ — Navigate360 has announced the acquisition of Social Sentinel, a linguistics technology company that scans and analyzes digital content to identify potential safety and security threats as well as mental health and social and emotional signals.

By incorporating Social Sentinel into the Navigate360 umbrella, leaders in the education and business spheres now benefit from another powerful tool designed to help keep their students and employees safe.

Social Sentinel is the leading linguistics and AI-based software solution designed to recognize signals of potential harm found in digital conversations such as organization-owned emails and public social media posts.

The platform scans selected digital content and identifies language that may indicate the research, planning and implementation of an act of violence or harm, as well as potentially dire mental health issues.

This powerful technology alerts leaders if a community member is showing signs of crisis so they can intervene before an incident occurs. All the while, respecting Constitutional rights to privacy, freedom of speech and the right to assemble.

The system will complement Navigate360’s current tip reporting and management software and behavioral threat assessment solutions, as well as its eLearning materials that cater to the spectrum of safety — from prevention to recovery.

“Nearly 85% of teenagers have access to cell phones or tablets that enable them to enter a complex world of interactions that adults sometimes need a lot of decoding to understand. All too often, in the days before a tragedy, there were warning signs that went unnoticed by those capable of intervening,” said Navigate360 JP Guilbault.

“We cannot simply put the burden on teachers and administrators to identify what they cannot see. We must use advanced tools and technology like Social Sentinel to help leaders identify and respond appropriately to these warning signs to keep our communities safe.”

Added Social Sentinel’s founder, Dr. Gary Margolis, “We could not be more excited to join the Navigate360 team. In coming together, we’ll be able to further expand upon our shared commitment to creating safer communities and protecting our children. Within Navigate360’s values-driven approach, I’m thrilled that Social Sentinel will continue to grow and create safe spaces for individuals to learn, work and gather.”

The acquisition of Social Sentinel further positions Navigate360 as the nation’s leader in safety solutions for schools and businesses. To date, Navigate360 helps keep more than 80,000 schools and businesses across the country safe, allowing its members to grow and thrive. The addition of Social Sentinel into Navigate360’s offerings will enhance customers’ entire safety operations and help prevent incidents before they occur.

About Navigate360
Navigate360 boldly confronts the challenges communities face by creating safe environments where they can thrive and focus on their true mission. Through technology, education and services, Navigate360 offers solutions spanning the full spectrum of safety — from prevention and preparation through response and recovery. Navigate360 is defining a modern approach to safety using rapid innovation and unparalleled expertise to provide the solutions necessary to build safer tomorrows — physically, socially and emotionally.

About Social Sentinel
Social Sentinel provides a proactive safety and security strategy as told through the digital conversations occurring in and around organizations, venues and schools. The company’s proprietary, AI-based language engine and operational practices take an ethical approach to decoding the intention and meaning of modern language to help identify potential threats to communities and children.