Republicans in Maricopa County waited four hours in the Arizona sun to vote. After signing in, many were informed they could vote at a different precinct, despite the fact that they could not. Tens of thousands were also instructed to place their ballots in a container that would be tallied later.

Despite receiving only 17% of the vote on Election Day, Democratic candidates earned more than 50% of the votes after the election. How could this be?

In Kari Lake’s lawsuit challenging the stolen election, a cybersecurity expert asserts that Maricopa County deliberately orchestrated the in-person voting fiasco on Election Day, where printers and tabulators failed Republican voters in more than 59% of the 223 vote centers. On Election Day, about three out of every ten voters supported Kari Lake.

This is clearly an attempt to depress Republican election-day voters.

Even older tweets from the Maricopa County Recorder indicate that election officials are to blame for these tabulation issues and that transferring people to several sites or preventing them from voting constitutes voter suppression and “disenfranchisement of voters.” 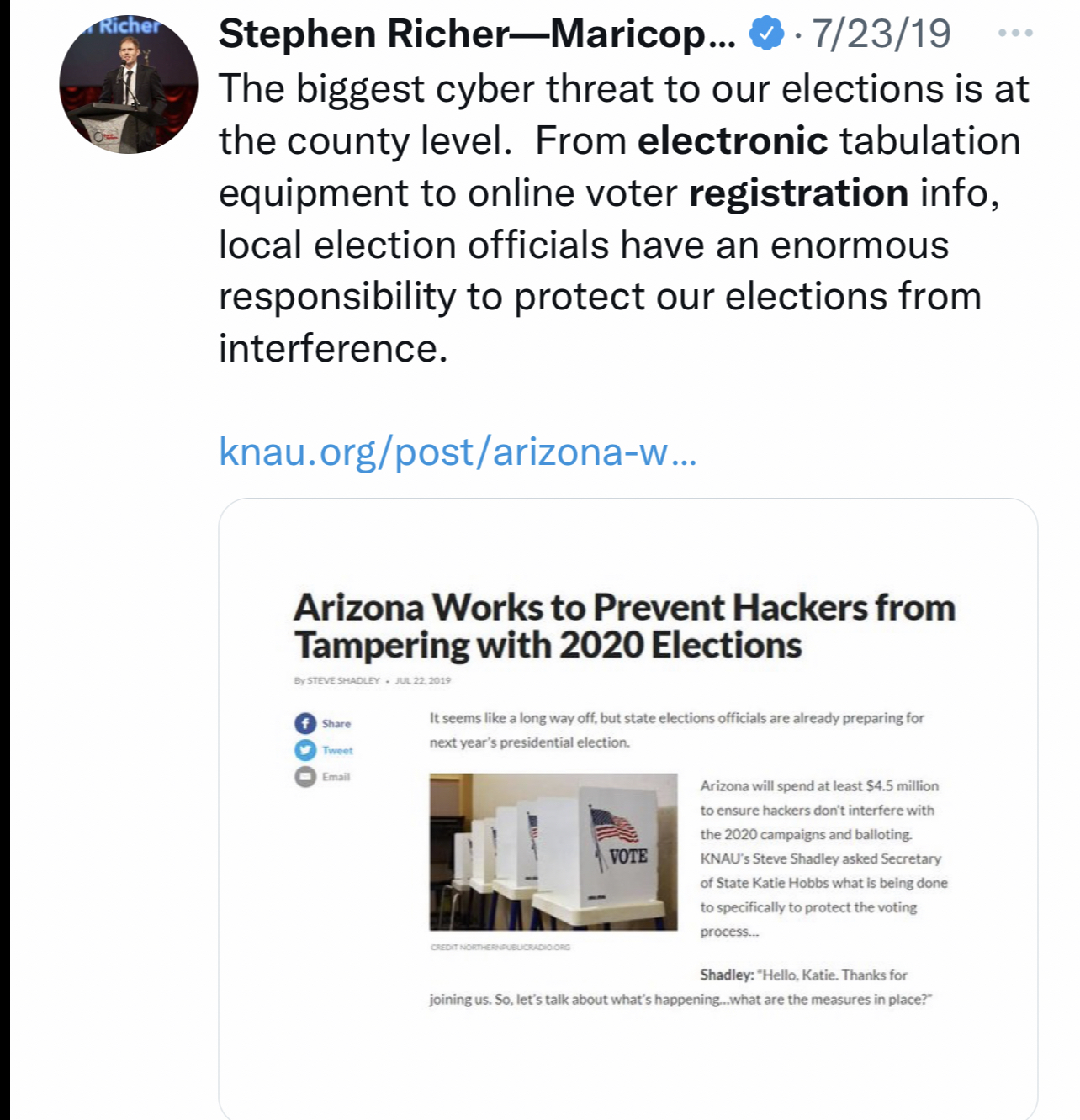 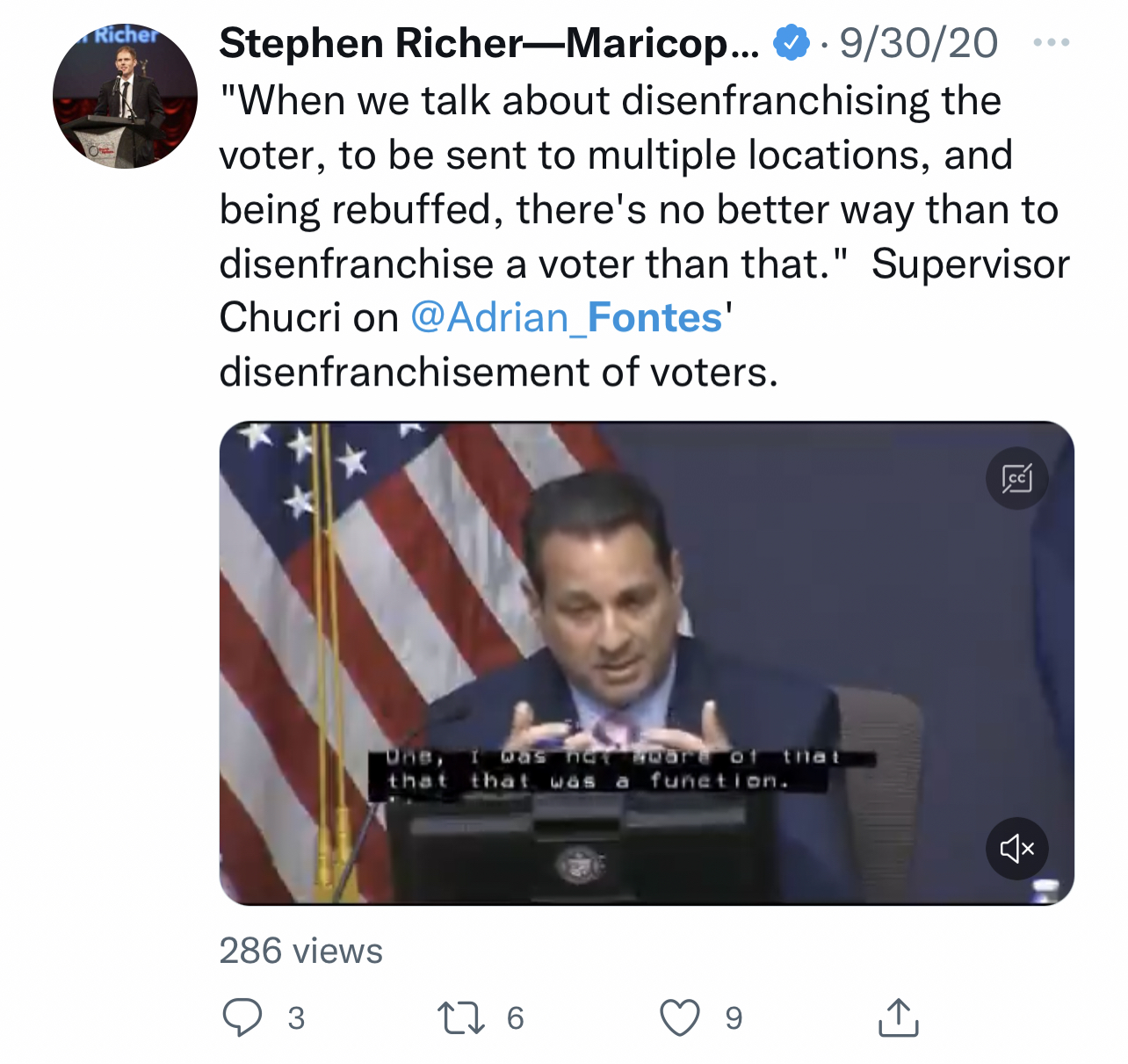 This morning, the attorneys for Kari Lake, Maricopa County, and Katie Hobbs participated in a hearing. View the entire hearing here.

The Gateway Pundit reported on the hearing held last week in which Judge Peter Thompson established the timeline for this litigation.

Maricopa County Attorney Tom Liddy argued in court today that Kari Lake and her counsel inappropriately brought the topic of voter suppression before the court, stating that the word “voter suppression” is reserved for black voters who were murdered by Democrats. Liddy stated,  “Voter suppression looks like the nearly 3500 African American men who were murdered, beaten in front of their families, and hanged from trees between 1865 and 1933.”

Kari Lake War Room tweeted, “They used past racial injustice as a shield for their crimes. Disgusting”

In court, @katiehobbs lawyers claimed that 59% of the tabulators going down in historically red districts was not voter suppression

They used past racial injustice as a shield for their crimes

In addition, a Runbeck whistleblower disclosed in Lake’s lawsuit that THOUSANDS of ballots lacked chain of custody evidence. This is a surprising and enormous legal breach. After election day, 25,000 ballots were added to Maricopa County’s totals without any explanation as to why the number of outstanding ballots may increase. In contravention of Arizona law, tens of thousands, if not hundreds of thousands, of mail-in ballots with mismatched signatures were unlawfully tallied.

Join me in my fight to restore election integrity to Arizona.https://t.co/V1GZ2WIacW