The shooting in Uvalde, Texas on May 24th has triggered calls for gun control measures and outright bans from the left, as the country reels from two high-profile shootings in the past ten days.

Salvador Ramos shot his grandmother before he went on a shooting spree at Robb Elementary School last week.

The shooter was shot dead after a siege that lasted over an hour. Police recovered more than 1,600 rounds of ammunition and 60 magazines he had with him.

Many are questioning how the teen obtained so much expensive equipment in such a short span of time.

In providing a timeline of events, authorities have been unable to give a clear picture.

On Friday, authorities admitted that police waited more than 40 minutes to enter the school because they did not think there was still a threat of an active shooter.

Now, a 10-year-old boy was arrested after he allegedly threatened to shoot up his school in Florida.

A text message written by Daniel Issac Marquez about Patriot Elementary School in Cape Coral led to a charge of making a written threat to conduct a mass shooting. 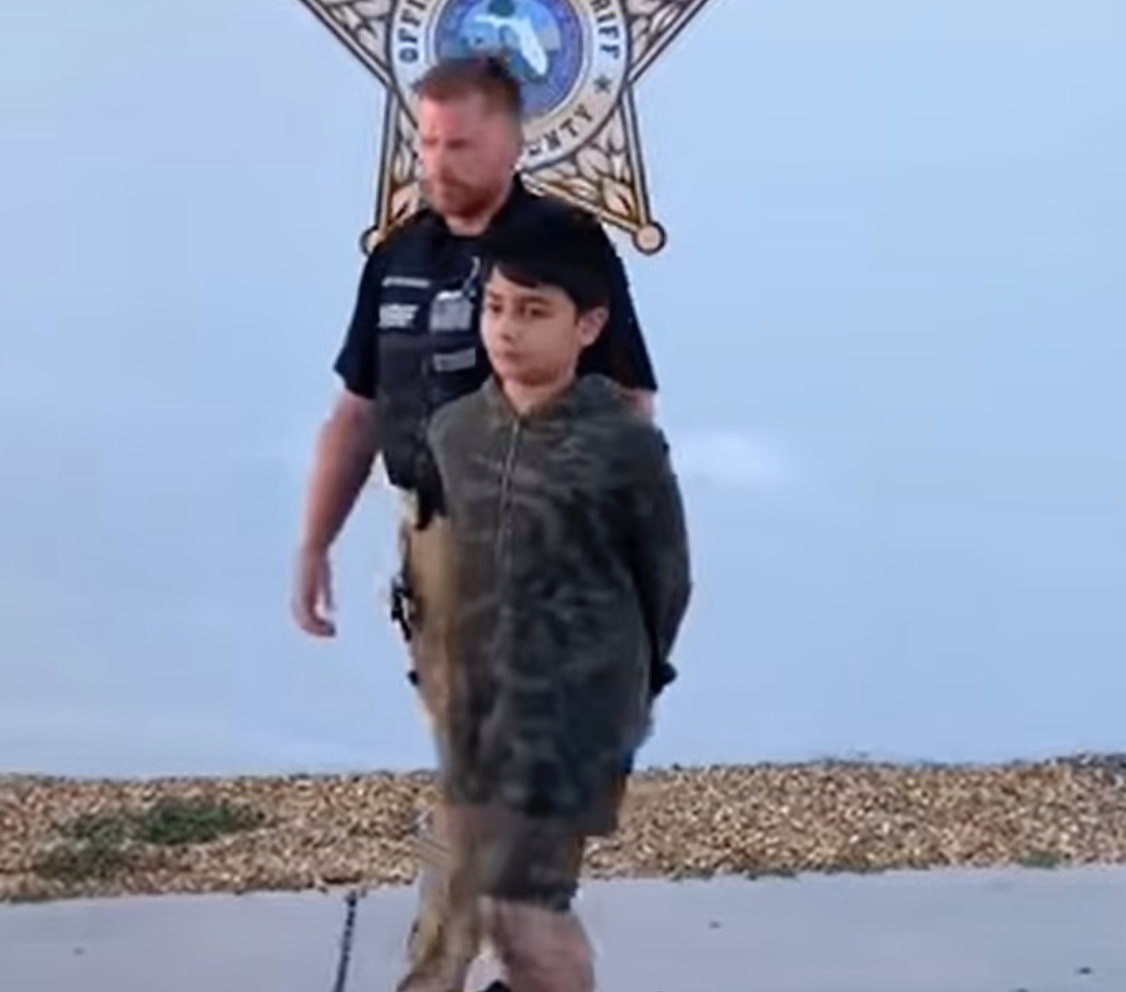 Police reprimanded the 5th grader for behaving ‘like a little delinquent’ and that he was now ‘experiencing real consequences’.

In the past week, the community has been shaken by the threat of violence against a school twice.

On Thursday, a woman said her chest would be strapped with a bomb before she attended a high school graduation in the area.

They both follow the fatal shootings of 19 children and two teachers in Uvalde, Texas, by an 18-year-old gunman.

The Lee County Sheriff’s Office posted on Facebook that Daniel Issac Marquez is charged with Making a Written Threat to Conduct a Mass Shooting.

“This student’s behavior is sickening, especially after the recent tragedy in Uvalde, Texas,” Sheriff Carmine Marceno says in a statement. “Making sure our children are safe is paramount. We will have law and order in our schools! My team didn’t hesitate one second NOT ONE SECOND, to investigate this threat.”

The sheriff’s office says it learned on Saturday “of a threatening text message sent by a fifth grade student at Patriot Elementary School in Cape Coral.”

Detectives interviewed Marquez and developed probable cause for his arrest, according to the sheriff’s office.

An investigation is being conducted by the School Threat Enforcement Team and the Youth Services Criminal Investigations Division.

Marceno went on: ‘Right now is not the time to act like a little delinquent. It’s not funny. This child made a fake threat, and now he’s experiencing real consequences.’

Sheriff Marceno’s reaction two days after the school shooting at Robb Elementary School was straightforward: ‘You don’t get to shoot our children. You bring deadly force in this country, we are going to kill you.’

In his remarks, he praised Governor Ron DeSantis for equipping law enforcement in the state with ‘the tools’ they need to protect children and maintain law and order.

Marceno also appeared in an eight-minute video on May 27 criticizing federal aid to Ukraine.

In his opinion, the money should be used to ‘harden’ our schools.

In front of six sheriff’s deputies, equipped with assault rifles and wearing tactical gear, Marceno assured residents of Lee County that their children would be safe at schools in the area.

In 2020, Florida’s Department of Law Enforcement reported that Lee County’s crime rate fell by 18.4% during his first tenure between 2018 and 2020.

This is in spite of the county’s expanding population. After the Covid-19 epidemic, Cape Coral became one of the top destinations for people looking to escape their cities.

It is the second time in a week that a school has been threatened with violence in Cape Coral.

Last week, a woman named Tracy Carter threatened to go to a high school graduation with a dummy bomb strapped on her chest.

Carter was upset that her child was not permitted to graduate or attend the prom due to school disciplinary issues, according to the Cape Coral Police Department.

Carter stated that she knew she would ‘feel bad for the children she would scare’ but she believed she had to make the issues known. She also said that she ‘didn’t plan to hurt anyone.’

She explained that she wanted to emulate Denzel Washington’s movie ‘John Q,’ about a father who holds a hospital ER hostage so that his child can receive the life-saving operation he needs for survival.

Carter’s home was searched for bomb-making materials, but none were found.

Ten-year-old Daniel Marquez was arrested shortly after the Department of Justice released a critical review of the police response to the initial 911 calls referring to the Uvalde shooting.