After the New York Times sued the State Department for allegedly delaying the release of Hunter Biden’s emails, the department has agreed to turn over the records next month.

‘The State Department has started identifying records responsive to The Times’s FOIA requests,’ a Times attorney, Mr. David McCraw, wrote in a letter to the judge presiding over the case on Friday. ‘It has agreed to begin processing records for production as it continues to identify the remaining responsive records.’

Earlier this year, the paper sued the State Department for allegedly refusing to hand over emails allegedly related to Hunter Biden and his business partner Tony Bobulinski.

In two Freedom of Information Act (FOIA) requests, Times reporter Kenneth Vogel sought emails spanning from 2015 to 2019. According to Politico, when the Times asked when the State Department would process their request, it was told to expect a response on April 15, 2023.

According to the request, the correspondence concerned ‘the possible improper use of federal government resources.’

As part of Vogel’s request, he sought records on former FBI director Louis Freeh, who gave Biden a $100,000 gift, Rudy Giuliani, who was tasked by Trump to uncover dirt on the Biden family abroad, and Devin Archer, a friend of Hunter who was recently sentenced to prison for fraud, among others.

As part of the investigation, the reporter also sought records from Mark Gitenstein, President Biden’s ambassador to the European Union who was U.S. Ambassador to Romania at the time.

While the federal government denied that it was holding up the release of the documents, it agreed to submit the first batch of records to officials by April 28, just ahead of a hearing on the lawsuit scheduled for March 17.

According to McCraw, the court date ‘may not be necessary’ because of the agreement.

‘The parties are still negotiating the number of pages to be processed in and the frequency of each production. The parties respectfully propose to provide a status report to the Court on March 25, 2022, informing the court of the results of this negotiation,’ the letter states.

Early that year, Gabriel Popoviciu hired Hunter to influence anti-corruption prosecutors to cut a deal or drop the case, and Hunter represented him in meetings with top U.S. officials – according to emails on Hunter’s laptop. 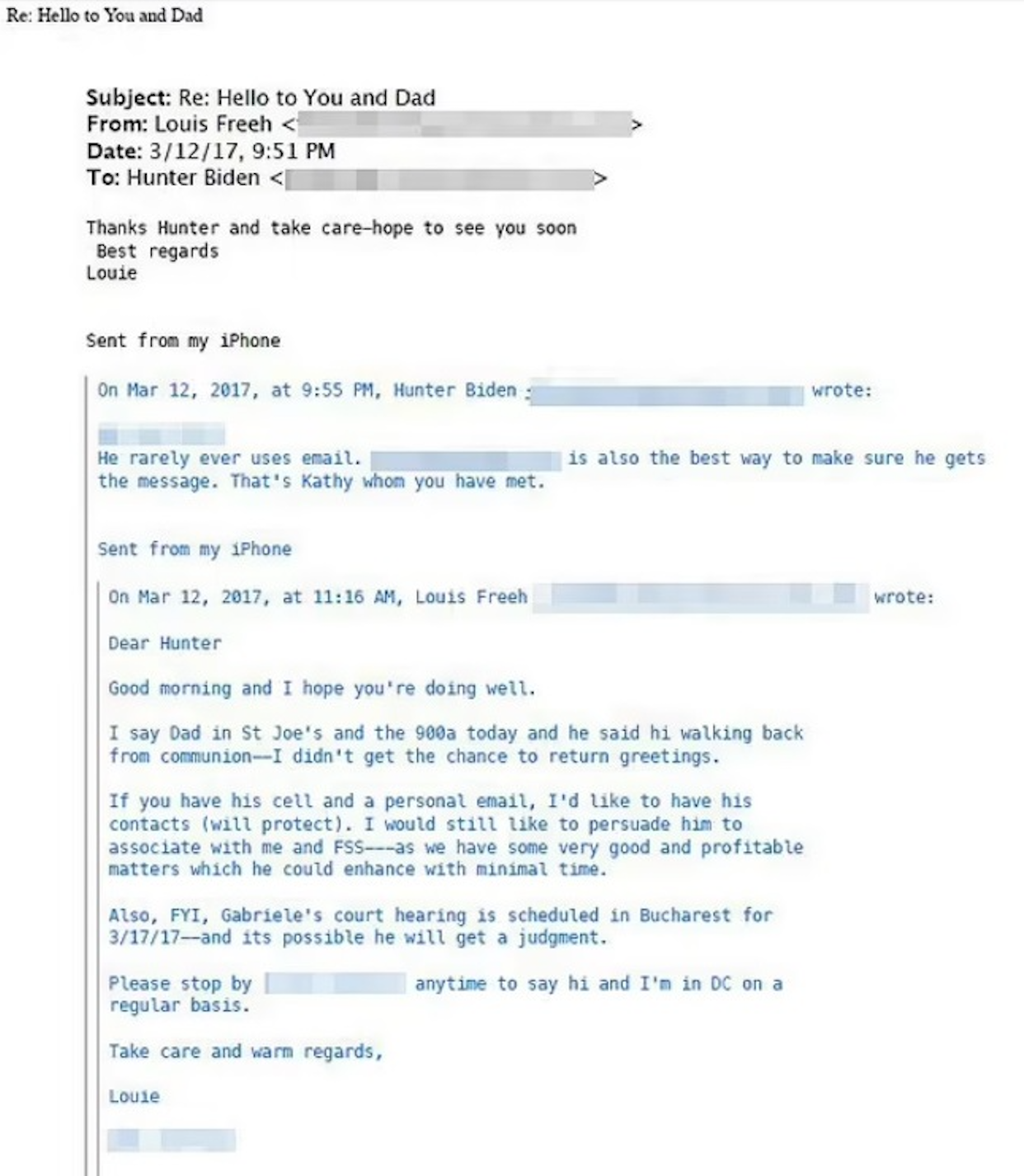 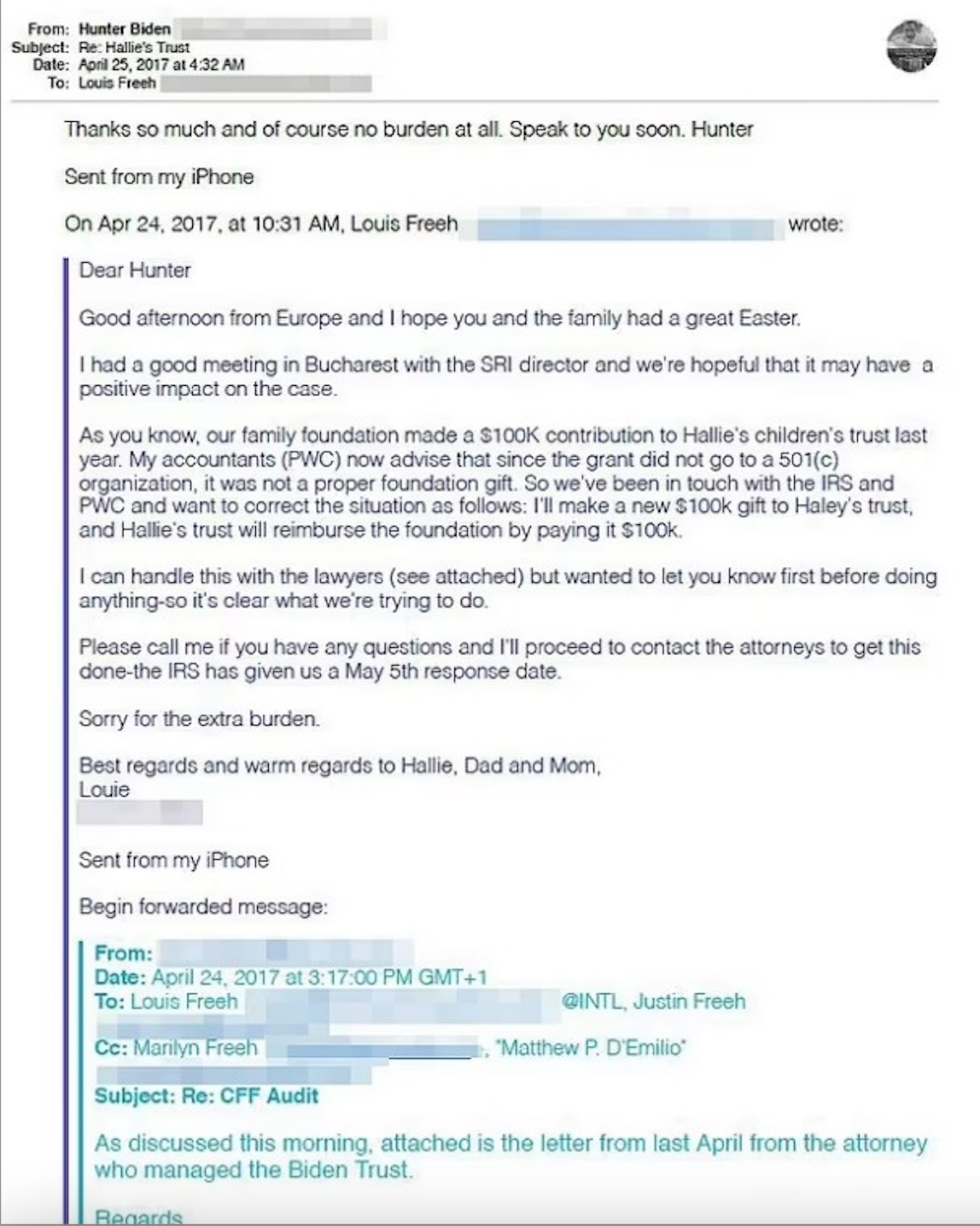 The emails found on Hunter’s abandoned laptop, which reporters obtained in 2021, reveal how Joe Biden’s son and his colleagues exploited the administration’s ties to plot propaganda campaigns for the corrupt Romanian tycoon.

Those advocating for or acting as publicists for foreign entities in the United States must register with a Department of Justice public register under the Foreign Agents Registration Act (FARA).

Exceptions to this rule apply to lawyers representing a client in a foreign court case. In these cases, FARA registration is not required.

Following discussions between Hunter’s colleagues in Boies Schiller Flexner law firm, Christopher Boies and Michael Gottlieb, about whether he would intervene in Popoviciu’s case, emails show that Hunter’s colleagues sought to arrange meetings with the US Ambassador to Romania.

In addition, Hunter recruited family friend Louis Freeh, the former FBI director, to use his law enforcement contacts for Popoviciu’s benefit, for which he was offered a referral fee.

As part of his media campaign, Hunter discussed the Wall Street Journal, another major U.S. publication, in support of his client who was sentenced to prison for bribery.

Various exemptions, such as those for foreign defendants, exempted them from registering under FARA for this work.

According to reports last year, Freeh gave $100,000 to a private trust for Biden’s grandchildren, the children of his late son Beau. He also met with the vice president in 2016 ‘to explore with him some future work options’, the emails show.

Democratic FBI director Freeh ran a consultancy company with highly controversial clients, including the Romanian real estate tycoon Popoviciu, the now-incarcerated Malaysian prime minister who stole billions of dollars from his country, and the French-Israeli diamond magnate convicted of bribery and property graft.

Hunt Biden introduced Freeh to Popoviciu, a Romanian convicted in 2016 of bribing a university official to purchase a government-owned plot for a dramatically reduced price.

Joe Biden’s son Hunter Biden received an e-mail from Judge Freeh in 2016 telling him he had spoken to the Vice President and suggested they work together on a private venture once Biden left office.

During July that year, under the subject line ‘confidential and privileged’, Freeh emailed Hunter, saying ‘would be delighted to do future work with you.’

‘I also spoke to Dad a few weeks ago and would like to explore with him some future work options,’ Freeh added. ‘I believe that working together on these (and other legal) matters would be of value, fun and rewarding.’

Another month later, Freeh raised the same issue, mentioning that he was working for then-Malaysian prime minister Najib Razak, who was facing one of the world’s biggest financial fraud scandals and was sentenced to 12 years in prison in 2020.