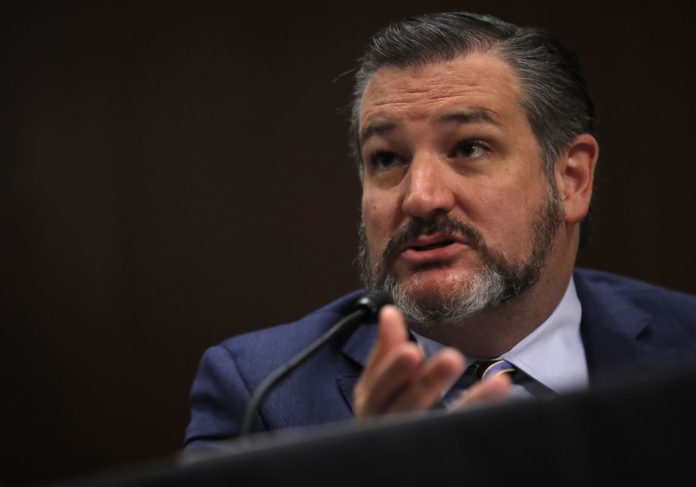 Republican Sen. Ted Cruz of Texas used the words of prominent Democrats against them Wednesday with regard to packing the Supreme Court while he was speaking during the confirmation hearing for Judge Amy Coney Barrett.

A number of Democrats have ramped up threats to pack the Supreme Court with additional justices should Senate Republicans confirm Barrett. The idea is that by increasing the number of justices from the nine the court has had since 1869 would dilute the power of the conservative majority.

By all indications, it appears Judge Barrett will soon be Justice Barrett.

But the threat of packing the court, should Democrats take power following the Nov. 3 election, still hangs like a cloud over the proceedings — and over the country.

Cruz, concerned about the potential violation of judicial norms, used a portion of his speaking time Wednesday to remind Democrats that they traditionally have been opposed to packing the court, minus, of course, one occasion during the Great Depression.

In fact, the senator referred to court packing as “the next fight we’re facing if Democrats win the majority” following a successful confirmation of Barrett.

“Packing the court is wrong,” Cruz said. “It is an abuse of power.”

What does it mean to pack the Court?

It means expanding the number of justices to achieve a political outcome.

Packing the Court is wrong. It is an abuse of power. And I believe if our Democrat colleagues win in November, they will pack the Court. pic.twitter.com/vmAPIZ5HhG

“I believe, should they win in November, that our Democratic colleagues will pack the court,” he warned.

Cruz was prepared, as he always is, and offered Democrats a list of quotes from members of their own party saying they were against the idea of adding more justices to the high court. He started with the current Democratic presidential nominee.

“I will read you some quotes,” the senator said. “Joe Biden in 1983, quote, FDR’s court-packing idea was quote ‘a bonehead idea. It was a terrible, terrible mistake to make. And it put in question for an entire decade the independence of the most significant body in this country.’”

Cruz then used the words of another current and prominent Democrat against the party.

The senator then zeroed in on Senate Judiciary Committee member Sen. Dick Durbin of Illinois, who has attempted to hold Barrett’s feet to fire with little success this week.

“Senator Durbin, in 2018, quote, ‘Seventy-five years ago we went through this, and I think the Congress was correct in stopping this popular president named Franklin Roosevelt from that idea,’” he said.

Cruz saved the most potent piece of his cache of liberal dialogue against court packing for last.

The Texan reminded Democrats that the late Supreme Court Justice Ruth Bader Ginsburg, who Barrett seems primed to replace on the court, opposed adding additional justices to the high court as recently as last year.

Quoting Ginsburg from 2019, Cruz said: “If anything would make the court look partisan it would be that. One side saying, ‘We’re in power, we’re going to enlarge the number of justices, not fill vacancies, enlarge the number of judges so we would have more people that would vote the way we want to.’ Nine seems to be a good number, it has been that way for a long time. I think it was a bad idea when President Franklin Roosevelt tried to pack the court.”

Of course, Democrats have indicated by their refusal to deny claims about packing the court that they will indeed pack the court.

We can only assume any additional justices would help to sway the court into the legislative body Democrats envision it to be.

Their exact plans are unclear, as the party’s leadership has suddenly stopped speaking about the issue.

Both Biden and his running mate, Sen. Kamala Harris of California, have refused to answer court-packing questions numerous times, as Cruz pointed out Wednesday.

Biden went as far last week as to say that voters did not “deserve” to know Democrats’ plans for the high court.

Reporter: "Don't the voters deserve to know [your position on packing the courts?]"@JoeBiden: "No, they don't deserve" pic.twitter.com/xF1Ywtf0od

Thankfully, the Senate has a sharp-tongued defender of the Constitution in Cruz to remind Democrats that they were against packing the court long before they were for it.

When Roosevelt proposed adding additional justices to the court in 1937, Americans and members of FDR’s own party saw it for what it was: a scheme for eliminating any dissent to his New Deal legislation.

As a senator in 2005, Biden praised those Democrats in an impassioned speech in which he called Roosevelt’s scheme a “power grab.”

Biden refers to court packing a "power grab" in 2005: pic.twitter.com/AhQWp1a8F3

This time around, Democrats with their eyes on the White House are apparently planning an assault on the traditions of the judiciary, and as in 1937, it’s a transparent attempt to grab power.

Only in 2020, Democrats aren’t interested in holding one another accountable, and the big government raw deal that likely would be forced onto the American people, should Democrats take power, is the radical Green New Deal, which — as outlined on the Biden campaign website — has the support of the party’s nominee.

Perhaps the American people will agree with Cruz when they head to the polls on Nov. 3, and help him and his GOP colleagues prevent Democrats from violating a 150-year-old precedent.

If not, a newly confirmed Barrett soon could find herself in the minority on a court of 15 justices guided by the politics of whichever activist judges Democrats decide are the most likely to move the country to the left.