Home World USA The Person Behind The Treachery In Trump WH Got Called Out!

Mike Pence described himself as a serene, cerebral, and spiritual person from the Midwest. However, if we analyze Trump’s years, Pence was behind many important treacherous events in the Trump WH.

Trump chose Ex-VP Mike Pence in the 2016 primaries. He was a quiet and mild-mannered Christian man from the Midwest. But, what we saw later was far from what had been presented.

Emerald Robinson shared one excellent piece on Pence where she uncovered many material issues in Trump WH that Pence created. First, she emphasized Trump’s latest statements about Mike Pence.

TRENDING: Leaked Document Reveals What Biden Has Been Hiding… 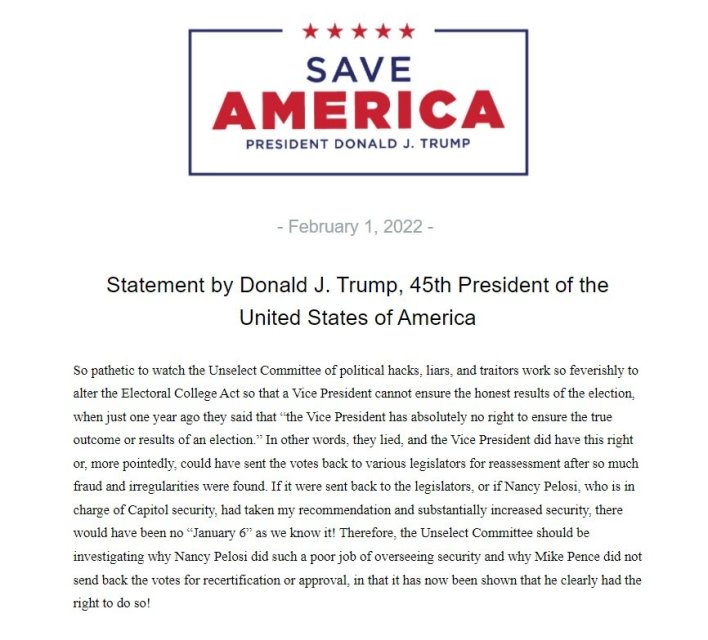 Here’s how Robinson started her piece:

The reason that Mike Pence did not exercise the power to lawfully contest the election is because Mike Pence was never a Trump loyalist. He’s a GOP establishment loyalist. There were plenty of problems inside the Trump Administration, and Vice President Mike Pence was at the center of many of those problems. In fact, it’s always been obvious that Pence and his staff were deeply involved in trying to remove President Trump from office.

Dr. Peter Navarro: Look, what Mike Pence did to Donald J. Trump I think will go down in history as one of the biggest betrayals imaginable. Because clearly, the Vice President had a mission up on Capitol Hill to get to the bottom of all the election fraud and irregularities that I document in the three volumes of the Navarro Report. And he refused to do that. And the fact that the riot happened… the last person on earth that wanted that to happen was Donald J. Trump. Because it allowed the vice president, it allowed the RINO Republicans, and it certainly allowed the Democrats to cancel what was going to be an investigation on January 6th, which was going to be one of the greatest days in the history of the republic because it would have allowed an investigation into this fraud.

Robinson emphasized some remarkable insights into Pence’s involvement with the firing of General Flynn after days into Trump’s Administration.

Let’s begin with Mike Pence’s least favorite question: “Why did you insist that President Trump fire his National Security Advisor Michael Flynn in the opening days of the administration?” The official story is that Gen. Flynn had lied to Mike Pence about Flynn’s contacts with Russian diplomats. Nobody has bothered to ask Pence exactly how he was informed about Flynn’s private conversations. Think about it: somebody went to Pence with transcripts of Flynn’s calls, and told Pence that Flynn was a national security risk. Who would have access to such phone calls? Who would want to lie about the nature of those phone calls to get Flynn fired?

It almost certainly must have been disgraced FBI agent Peter Strozk.

It’s likely that Strzok was the one who pushed for VP Pence to fire Flynn because we know that Peter Strozk’s assistant was Katherine Seaman — the wife of Mike Pence’s chief of staff Josh Pitcock. We also have the text exchanges between Strozk and Page discussing infiltrating the Trump White House in great detail. (This was the subject of an extraordinary letter from Senator Grassley and Senator Johnson to AG Bill Barr.) What did Pence know about the FBI’s attempts to spy on the Trump White House? Is it even possible that Mike Pence was totally unaware that his chief of staff’s spouse worked directly for the chief of the counter-espionage unit of the FBI?

We know that President Obama warned President Trump not to hire Flynn in 2016. We also know that Flynn himself believes that Obama advised Trump against hiring him because Flynn knew about the Obama administration’s role in spying on Trump’s presidential campaign. Removing Flynn as Trump’s National Security Advisor was a top priority for the Deep State.

In other words, Mike Pence was the first person to set the Russia Hoax into motion.

Robinson commented on the Ukraine Phone call used for impeachment.

During the failed Ukraine impeachment of President Trump, plenty of State Department and NSC swamp creatures crawled out of the shadows to hurl lame accusations about Trump’s phone call with Ukraine President Zelensky. Did you know that one of main accusers was a national security official on Vice President Mike Pence’s staff?

A State Department official named Jennifer Williams was placed on Pence’s staff in April of 2019 — which was just in time to get involved in the Ukraine call and the subsequent impeachment. (What a coincidence that she arrived mere weeks before the call!) Just imagine being a few months into your new job in the White House only to volunteer to testify against the President in an impeachment trial over phone calls you didn’t like.

Pence was leading the COVID.

The worst mistake that President Trump made during his administration was probably turning over the COVID Task Force to VP Mike Pence — because Pence turned it over to his chief of staff Marc Short and Marc Short turned it over to a little known national security official with no medical expertise. If you want to know the name of the person most responsible for unleashing the Dr. Fauci vaccine nightmare on America then remember the name of Mike Pence’s “COVID advisor”: Olivia Troye.

Troye bashed the WH, and the latest interviews with her show a portrait of Dr. Fauci on her wall.

My own sources in the White House told me that Pence’s chief of staff Marc Short was literally the first person to call for Trump to accept the results of the stolen election and concede to Biden. Like I said at the beginning: there’s a lot of evidence of Pence’s treachery.

Long before GOP voters were suddenly surprised by Pence’s “lack of courage” on January 6th, I warned my followers on social media that any trust in Pence was misplaced. My sources in the White House told me that Pence simply disappeared after the 2020 election. (He went skiing in Vail rather than bother with contesting the 2020 election.)