Home World USA This Is What We Know About John Durham!

John Durham is still a mystery. A man is so important for the US, but still, he doesn’t have more than four images on the internet and not a single video.

Many people are even asking whether he really exists or an invented character to hide and protect the real person behind the investigation.

Trump dropped a bomb, referring to him as Robert Durham, and this is not an accident. It was intentional, and people think it was a secret communication designed to move things forward to the next step and to let the Q team know they were right all along.

Watch this video on Rumble: 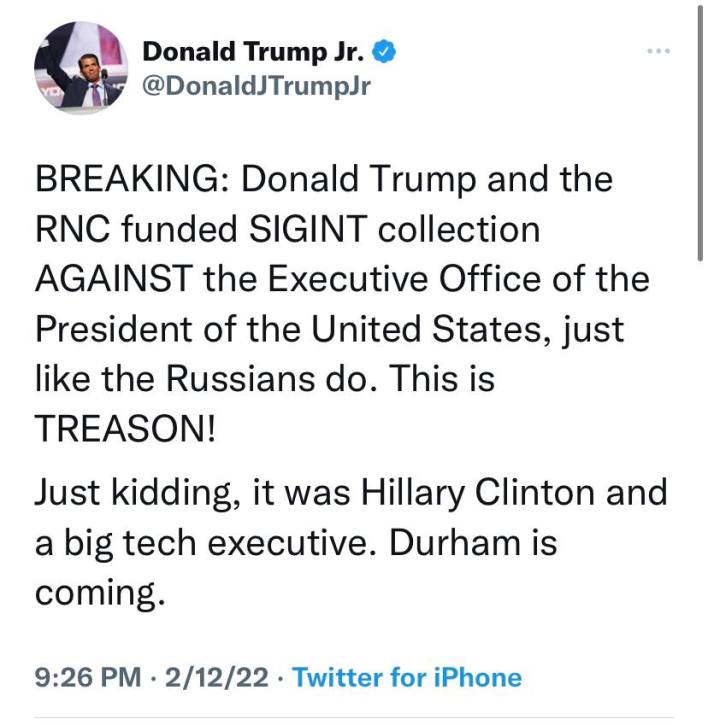 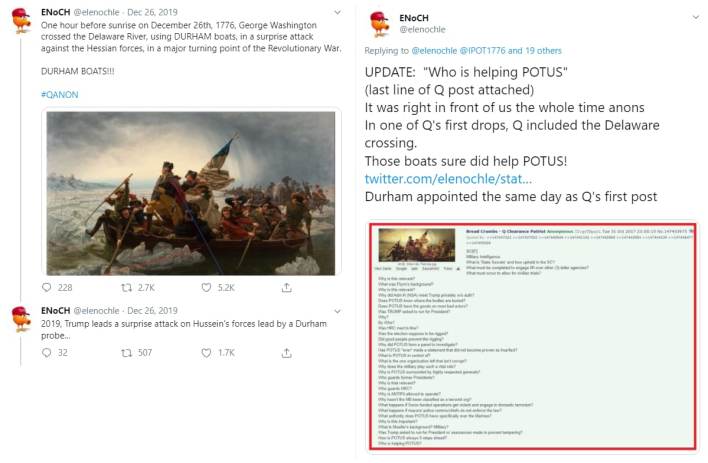 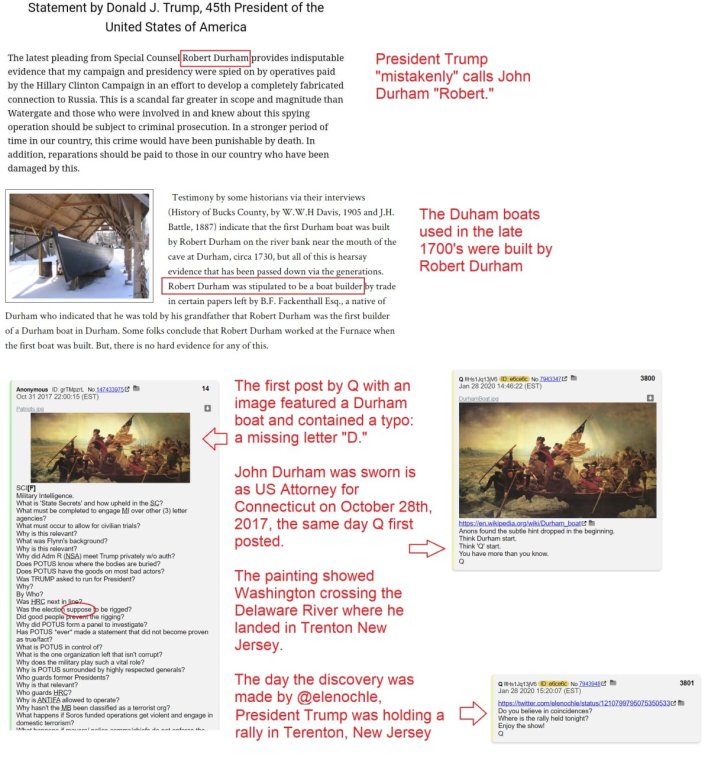 John Durham was so critical that it couldn’t be only one man subject to threats, bribery, etc.?

Trump’s statement seems to confirm we may have been right!

We have it all!

However, we will still observe this story.

Now, we will dig into the rest of the story because Hillary is up shit’s creek without a paddle!

Do you remember when Trump said he just heard his wires were tapped?

Everyone laughed, but he was right!

Trump Admin was firmly in control and aware of everything, and they allowed it to continue while they recorded it in real-time.

People going after Trump all knew that in reality. They are the ones who committed the crimes they accused him of:

Lawyers for the Clinton campaign paid a technology company to “infiltrate” servers belonging to Trump Tower, and later the White House, in order to establish an “inference” and “narrative” to bring to government agencies linking Donald Trump to Russia, a filing from Special Counsel John Durham says.

Durham filed a motion on Feb. 11 focused on potential conflicts of interest related to the representation of former Clinton campaign lawyer Michael Sussman, who has been charged with making a false statement to a federal agent. Sussman has pleaded not guilty.

The indictment against Sussman says he told then-FBI General Counsel James Baker in September 2016, less than two months before the 2016 presidential election, that he was not doing work “for any client” when he requested and held a meeting in which he presented “purported data and ‘white papers’ that allegedly demonstrated a covert communications channel” between the Trump Organization and Alfa Bank, which has ties to the Kremlin.

But Durham’s filing on Feb. 11, in a section titled “Factual Background,” reveals that Sussman “had assembled and conveyed the allegations to the FBI on behalf of at least two specific clients, including a technology executive (Tech Executive 1) at a U.S.-based internet company (Internet Company 1) and the Clinton campaign.”

Durham’s filing said Sussman’s “billing records reflect” that he “repeatedly billed the Clinton Campaign for his work on the Russian Bank-1 allegations.”

The filing revealed that Sussman and the Tech Executive had met and communicated with another law partner, who was serving as General Counsel to the Clinton campaign. Sources told Fox News that lawyer is Marc Elias, who worked at the law firm Perkins Coie.

Durham’s filing states that in July 2016, the tech executive worked with Sussman, a U.S. investigative firm retained by Law Firm 1 on behalf of the Clinton campaign, numerous cyber researchers and employees at multiple internet companies to “assemble the purported data and white papers.”

“In connection with these efforts, Tech Executive-1 exploited his access to non-public and/or proprietary Internet data,” the filing states. “Tech Executive-1 also enlisted the assistance of researchers at a U.S.-based university who were receiving and analyzing large amounts of Internet data in connection with a pending federal government cybersecurity research contract.”

“Tech Executive-1 tasked these researchers to mine Internet data to establish ‘an inference’ and ‘narrative’ tying then-candidate Trump to Russia,” Durham states. “In doing so, Tech Executive-1 indicated that he was seeking to please certain ‘VIPs,’ referring to individuals at Law Firm-1 and the Clinton campaign.”

Durham also writes that during Sussman’s trial, the government will establish that among the Internet data Tech Executive-1 and his associates exploited was domain name system (DNS) internet traffic pertaining to “(i) a particular healthcare provider, (ii) Trump Tower, (iii) Donald Trump’s Central Park West apartment building, and (iv) the Executive Office of the President of the United States (EOP).”

Durham states that the internet company that Tech Executive-1 worked for “had come to access and maintain dedicated servers” for the Executive Office of the President as “part of a sensitive arrangement whereby it provided DNS resolution services to the EOP.”

“Tech Executive-1 and his associates exploited this arrangement by mining the EOP’s DNS traffic and other data for the purpose of gathering derogatory information about Donald Trump,” Durham states.

The filing also reveals that Sussman provided “an updated set of allegations” including the Russian bank data, and additional allegations relating to Trump “to a second agency of the U.S. government” in 2017.

Durham says the allegations “relied, in part, on the purported DNS traffic” that Tech Executive-1 and others “had assembled pertaining to Trump Tower, Donald Trump’s New York City apartment building, the EOP, and the aforementioned healthcare provider.”

In Sussman’s meeting with the second U.S. government agency, Durham says he “provided data which he claimed reflected purportedly suspicious DNS lookups by these entities of internet protocol (IP) addresses affiliated with a Russian mobile phone provider,” and claimed that the lookups “demonstrated Trump and/or his associates were using supposedly rare, Russian-made wireless phones in the vicinity of the White House and other locations.”

Even ex-DNI Ratcliff chimed in today.

And now you’re finding out why… https://t.co/QEJU5tIMiL