A pair of top Food and Drug Administration vaccine regulators are reportedly planning to resign in protest over the Biden administration’s push to encourage booster shots for COVID-19 vaccine recipients.

The two regulators, Dr. Marion Gruber and Dr. Philip Krause, are stepping down in October and November, respectively, according to The New York Times.

The resignations come after weeks of an aggressive blitz by the Biden administration to encourage Americans to get a booster shot if they’ve received the Pfizer or Moderna vaccines.

Gruber, the director of the vaccines office at the FDA, and Krause, her deputy, do not believe there is enough data to justify booster shots for the public, the Times reported.

Both had reportedly seen the White House’s push for booster shots as putting unnecessary pressure on the FDA to quickly authorize the doses without the needed data.

The pair were also frustrated with the Centers for Disease Control and Prevention and its advisory committee for playing a large role in decisions they believed were solely up to the FDA, CNBC reported.

Dr. Peter Marks, the FDA’s top vaccine regulator, announced in an email to employees that he would serve as acting director of the vaccines office until a permanent successor is found, according to the Times.

“Thank you so much to Marion and Phil for all that they have contributed and continue to contribute to the agency, and thanks so much to each of you for all that you do every day,” Marks wrote in the email, according to CNBC.

“As our medical experts laid out, having reviewed all the available data, it is in their clinical judgment that it is time to prepare Americans for a booster shot,” Zients said in a briefing, according to the Times.

The FDA is planning to hold a public panel meeting to discuss the booster shots, the outlet reported. The agency is also planning to determine whether vaccines should be made available to children under 12.

Johnson & Johnson last week became the latest company to announce the results of booster shot trials, claiming that participants had a ninefold increase in antibodies after the booster.

Dr. Anthony Fauci, head of the National Institute of Allergy and Infectious Diseases, has also reportedly discussed a recurring vaccine schedule with the White House.

Defense Secretary Lloyd Austin recently required all military service members to get vaccinated against COVID-19, but has not yet mandated the booster shots.

Zients has hinted that the Biden administration is seeking to require employers to implement vaccine mandates to drive up vaccination numbers.

The FDA fully approved the Pfizer vaccine for those 16 and older last month, paving the way for vaccine mandates and possibly booster shots. 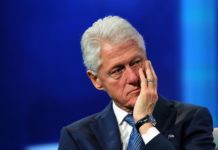 We Have the Documents: Here’s How Many Times Clinton Flew on Epstein Jet in 2 Years 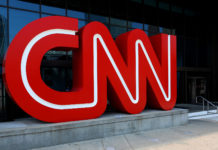 We Have the Documents: Here’s How Many Times Clinton Flew on Epstein Jet in...