The latest statements by President Donald Trump is one of his most important statements to date.

Why does the FBI continue to ignore the thousands of pieces of evidence and videotape exposing fraud in the last election?

“The actual conspiracy to defraud the United States was the Democrats rigging the Election, and the Fake News Media and the Unselect Committee covering it up. Few things could be more fraudulent, or met with more irregularities, than the… pic.twitter.com/BrEsaIXGg0

This was a powerful message from President Trump.

The dark and evil mainstream media refuse to report these truths to the American public. 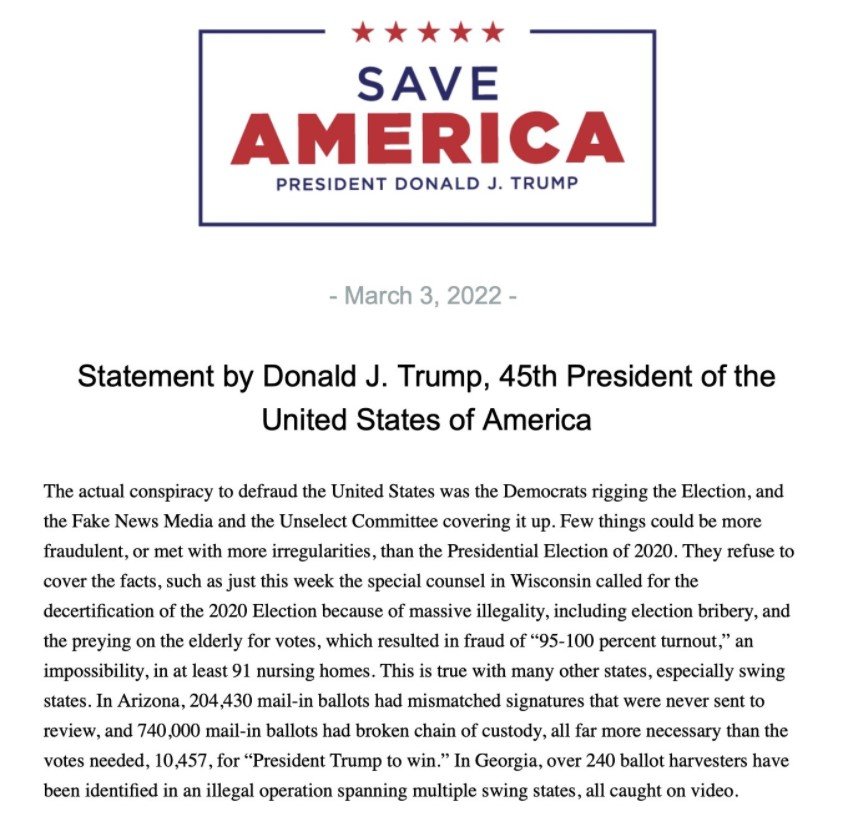 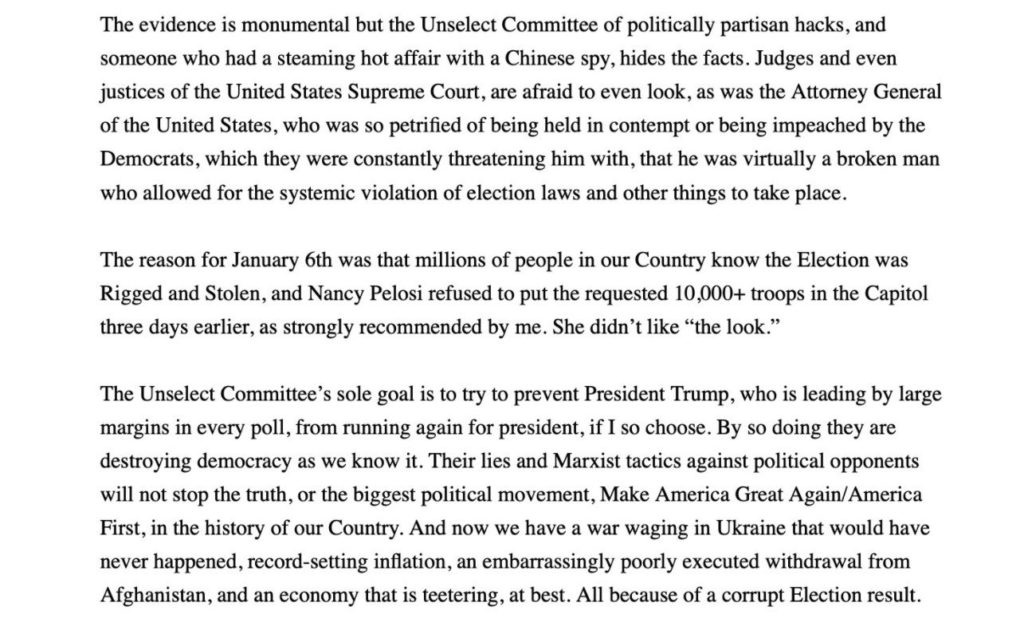