We have been vindicated, and so has everyone else, including the Daily Mail, who has had the courage to bring the American people the truth about Hunter Biden’s laptop contents.

We interviewed Jack Maxey numerous times and published numerous stories about the open secrets on Hunter Biden’s ‘LapTop From Hell’, which was suppressed by big tech and the media oligarchs before the 2020 Presidential election.

The biggest news is that President Donald J. Trump was right, and activists and media pundits have been ringing the bell about this same laptop- while powerful forces have tried to spike the information from the American people.

Consider this- when Leslie Stahl tried to shame and humiliate Trump for speaking the truth about the laptop:

It is well known by now that many prominent political and media figures were busy gaslighting the country over the contents of Biden’s laptop- and now- as if it is no big deal, the American people are finding out that YES, the contents on Hunter Biden’s laptop are accurate- and everyone knew.

Trump responded to the news that the New York Times finally admitted that Hunter’s laptop is real, and not Russian disinformation.

“The New York Times just admitted that it participated in an effort to rig the election for Joe Biden.” pic.twitter.com/XcSAhB6Fel

Trump in a statement said, “The New York Times just admitted that it participated in an effort to rig the election for Joe Biden.” 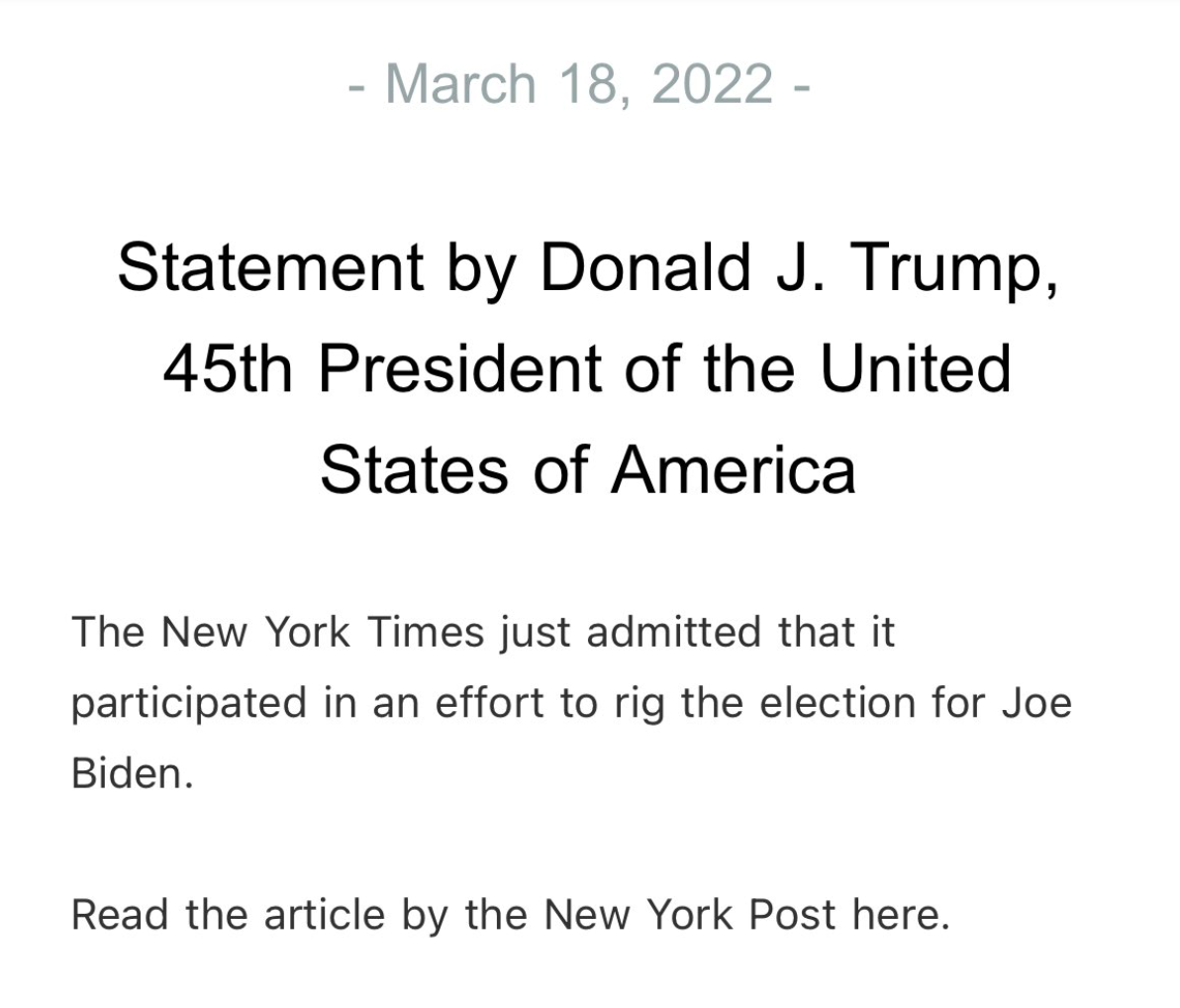 Remember, this scandal involves the US Intelligence community, who lied about the laptop.

And according to Maxey, everyone in DC has known for a very long time about the Biden scandals, and there has been cover-up on massive crimes against the American people by what Maxey calls “The Biden Crime Family.”

Maxey has been out in public saying that the information on the laptop is not just shocking about Hunter, but about many- many people in the US Government, and could impact most of DC with their associations to Bidens.

Maxey has been on a worldwide tour for almost two years to demand that lawmakers examine the contents of Hunter’s laptop and do something about it.

As of now, there have been no consequences for anyone in the government “swamp,” only for advisors to Trump and for the American people.

As we covered here, Maxey delivered a copy of the contents of Hunter’s laptop to the US Senate Judiciary Committee and has been waiting for the US Government to do its job, with its oversight powers.

Check out this stream of stories:

The Daily Mail updated about Jack Maxey here, reporting that the New York Times has to admit it is all true:

EXCLUSIVE: They’re as slow as Joe! Sleepy New York Times FINALLY wakes up and admits Hunter Biden’s abandoned laptop IS REAL, a YEAR after DailyMail.com authenticated its contents and broke dozens of stories about his shady dealings.

But we -are NOT late to the party. We have been covering Maxey for a long time, and brought the story about the collusion, the hoaxes and the gaslighting, to the table.

Even when it was pretty scary to do.

Maxey gave us the inside info.

We will keep following up with Maxey, he seems to be the only one brave enough to really dig in and demand action on this.

Perhaps Trump’s slogan for 2024 should be- Make The Truth Great Again.

Meanwhile, Hunter has more problems himself. He is expected to face tax fraud charges, said the attorney for the mother of Hunter’s 3-year-old daughter.

Lunden Alexis Roberts, the mother of Hunter’s daughter, testified to a Delaware grand jury in the criminal investigation of Hunter this week, according to Clint Lancaster, her attorney. Former stripper Roberts had once been employed by Hunter Biden’s consulting firm, according to the New York Post.

The authorities have already received a substantial amount of Hunter’s financial records from Lancaster.

“I expect him to be indicted,” Lancaster to a CNBC reporter. “Just based on what I saw in his financial records, I would be surprised if he’s not indicted.”

Lancaster revealed he showed the records to the Arkansas child support court as part of a case against Hunter Biden.

According to him, he saw “a lot of information” as being “problematic” for Hunter, without stating specifically what he saw.