It’s kind of hard to lead an “insurrection” when you are telling everyone to “remain peaceful,” and to “support Capitol Police,” and to “stay peaceful.”

This occurred hours after a Twitter poll asking whether or not the 45th president should be reinstalled.

More than 15 million Twitter users participated in the survey.

To muzzle President Trump, bots and communists voted no.

And because his account was terminated on January 8, 2021, his tweets from that week were his last before the left silenced him.

And look what appeared! 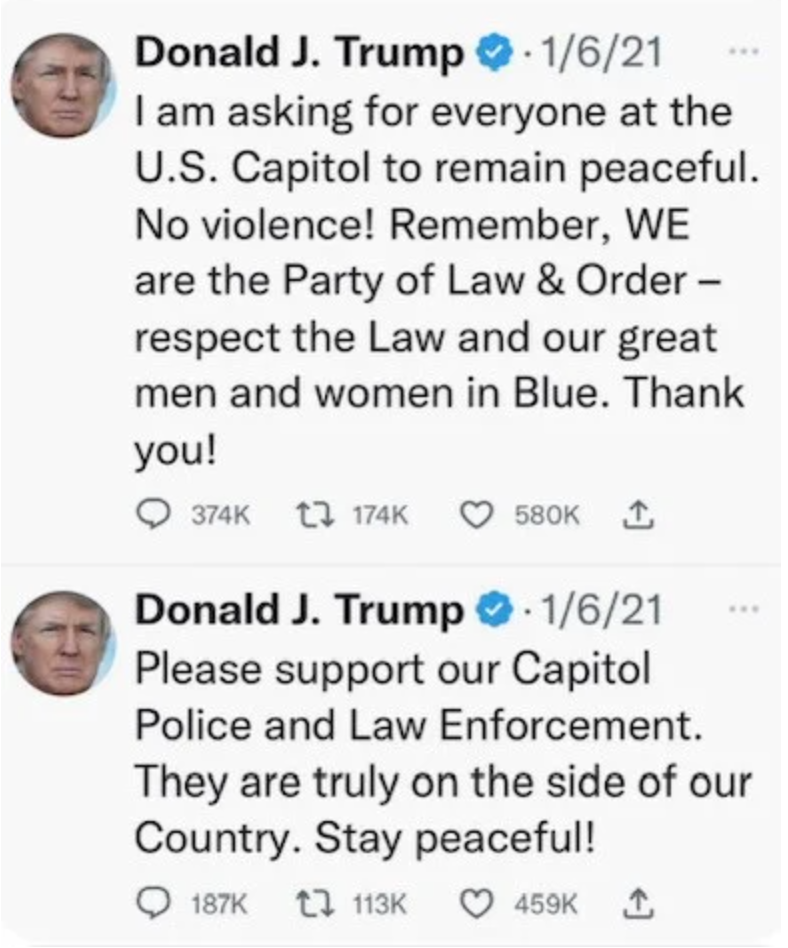 Trump even encouraged the protestors to “support Capitol police” after they fired without provocation gas canisters, rubber bullets, and mace at the throng.

The Biden administration is presently conducting a special investigation into Trump for orchestrating an uprising. All of their proof is fabricated, insufficient, or simply false.

Let us pray that the genuine criminals who planned and instigated the January 6 assaults will one day be apprehended and punished.

Fox News declared on Saturday that Lara Trump is no longer a compensated contributor. According...
Politics

Chicago's building location for the Obama Presidential Center may require a second look from...
US News

Fox News declared on Saturday that Lara Trump is no longer a compensated contributor. According...
US News

Elon Musk reminded the world that the private sector has already built a network...