As if attacking a newscaster with a brick wasn’t enough of a shock value, she really just had to sling around her bare triple B’s, huh? (That’s boobs, beaver, and butt-cheeks, by the way.)

In a YouTube video posted by King Balla TV, a blonde newscaster speaking in what sounds like Romanian or Russian when a naked woman came out of nowhere with a brick.

The naked woman heaved the brick at the newscaster, who luckily avoided being struck.

Is it sad that, with the idiocy that surrounds us in America on a daily basis (ya know, rationalizing the attempt to cancel Dr. Seuss and all) that I didn’t even consider this would happen in another country?

An explanation behind this ridiculousness has yet to unfold or become known to the public yet, at least not in our country. So, all we have for now is this footage – which seems to be more than enough.

Anyways, kudos on having the balls (or lack thereof?) to nakedly gallop across a filmed broadcast… however, please, for the love of God, don’t take up the javelin throw – somehow you missed at point blank range.

Oh, and put some clothes on, too. 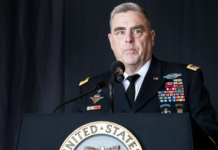 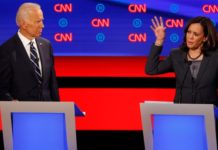 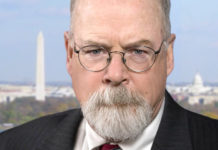