Following the course of events, and the further mess the exposure of Hillary and her allies would do to the entire Democratic party and community, you oughta ask – why hasn’t Biden found a way to fire Durham just yet?

Option 1 – Biden is not truly President and has no power.

Option 2 – Durham does not exist!

“My theory is the work being done by Durham is indeed being done….but not by some guy named “John Durham.” This is what I’ve read recently on Substack.

And let me tell you, it really made me think.

If he were real and he was just one guy, do you really think he could conduct the biggest investigation into corruption this country or perhaps the world has ever seen?

He has a family, a life… he would definitely be threatened and walk away.

But that’s obviously not the case here…

Also, this ‘conspiracy theory has been taking a wide range in the past month. EvenPresident Trump gave a hint on the subject.

"The latest pleading from Special Counsel Robert Durham provides indisputable evidence that my campaign and presidency were spied on by operatives paid by the Hillary Clinton Campaign in an effort to develop a completely fabricated connection… pic.twitter.com/jaERtmhDER

Who is Robert Durham, when we know that his name is John?

Many suspect it wasn’t a goof at all, but a confirmation (finally) of a clue that was given by Q several years ago.

In fact, “Robert Durham” has a big meaning. 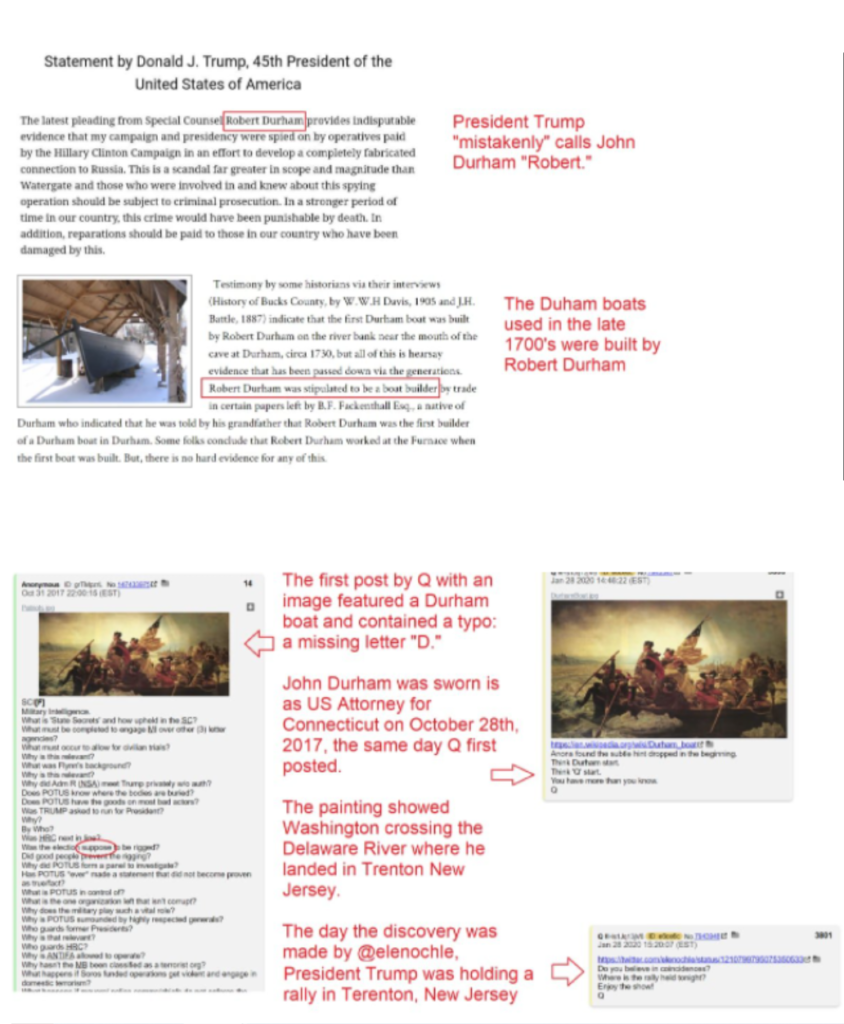 Well, is he Q? Is he just a single person of a very deeply rooted organisation with one task only – exposing the long-hidden truth?